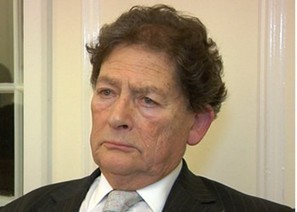 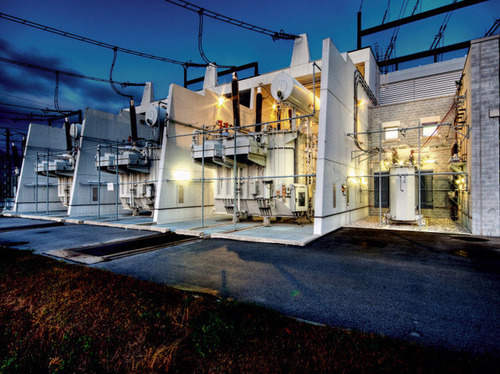 When the transmitted power exceeds around 10 MVA, special designs are required to cope with the mechanical forces of short circuit currents, higher insulation levels and increased cooling requirements. For these ratings, liquid-filled transformers are usually used. 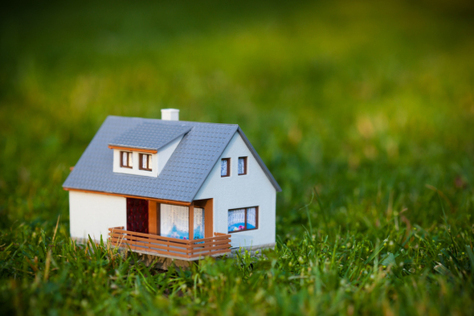 Palo Alto is home to countless startups, including Tesla Motors, whose Model S luxury sedans can be seen throughout the neatly manicured streets of the very, very pricey town.

>With most electric-car charging today taking place in the garages of private homes, installing a home charging station can pose a hurdle to potential buyers.

Now Palo Alto, Calif., the city in the center of Silicon Valley, is moving to make it easier for homeowners who want to switch to an electric car.

The city council adopted a proposal that Palo Alto’s building code be changed to require that new homes come prewired for the installation of 240-Volt Level 2 charging stations.

The additional cost of adding such wiring to a house being built is only about $200, a fraction of the cost of retrofitting an older house with the appropriate electrical service and wiring.<

GE has demonstrated technology aimed at addressing one of the biggest challenges with fracking: water pollution.

>Concerns about water pollution and other environmental issues related to fracking have led some places, including France and New York State, to block the process. As fracking increases in dry areas and places that lack adequate treatment and disposal options, pressure to block it could grow.

“Water-treatment technology is going to become more and more critical as the industry moves forward,” says Amy Myers Jaffe, executive director of energy and sustainability at the University of California at Davis, and a new member of a GE environmental advisory board. She says the continued use of fracking depends on the “industry getting its act together to do it in an environmentally sustainable way.”

Better water-treatment options could change the way oil and gas producers operate by making it economical to treat water at fracking sites instead of trucking it long distances to large water-treatment facilities or disposal wells. The technology is specifically targeted to places such as the Marcellus shale, one of the largest sources of shale gas in the U.S., where wastewater is far too salty for existing on-site treatment options (see “Can Fracking Be Cleaned Up?” and “Using Ozone to Clean Up Fracking”).

Each fracking well can require two to five million gallons of fresh water, which is pumped underground at high pressure to fracture rock and release trapped oil and gas. Much of that water flows back out, carrying with it the toxic chemicals used to aid the fracking process, as well as toxic materials flushed from the fractured rock.

Producers currently reuse much of that water, but that involves first storing it in artificial ponds, which can leak, and then diluting it, a step that consumes millions of gallons of fresh water. Eventually they can’t reuse the water any more so they need to ship it, often over long distances, to specialized treatment and disposal locations. Transporting the wastewater is expensive, and it comes with a risk of spills. At disposal sites, the wastewater is injected deep underground in a process that can cause earthquakes.

The new technology would make it unnecessary to dilute the wastewater, or transport it for treatment or disposal. […]< 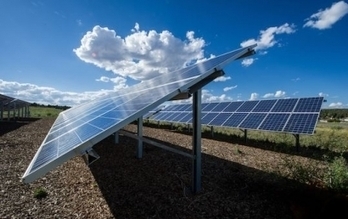 Bloomberg New Energy Finance predicts that for the first time more new solar power capacity — compared to wind — will be added to the world’s global energy infrastructure this year.

>In an BNEF’s analysts forecast 36.7GW of new photovoltaic capacity this year, compared to 33.8 GW of new onshore wind farms, and  1.7 GW of offshore wind.

In 2012, wind — onshore and offshore — added 46.6 GW, while PV added 30.5GW, record figures in both cases. But in 2013, a slowdown in the world’s two largest wind markets, China and the US, is opening the way for the rapidly growing PV market to overtake wind.

“The dramatic cost reductions in PV, combined with new incentive regimes in Japan and China, are making possible further, strong growth in volumes,” said Jenny Chase, head of solar analysis at Bloomberg New Energy Finance. “Europe is a declining market, because many countries there are rapidly moving away from incentives, but it will continue to see new PV capacity added.”< 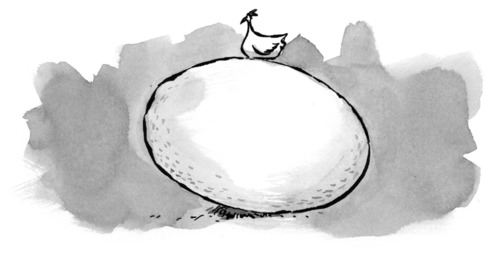 Do you know your website’s carbon footprint? Or how to lower it?

>A growing number of industries are trying to reduce or at least curtail carbon footprints and energy use. Emissions standards have been set for the automotive, construction, and even telecommunications industries. Yet the internet’s carbon footprint is growing out of control: a whopping 830 million tons of CO2 annually, which is bigger than that of the entire aviation industry. That amount is set to double by 2020.

It is time for web designers to join the cause.

Right now, at least 332 million tons of CO2—40 percent of the internet’s total footprint—falls at least partially under the responsibility of people who make the web. It needn’t be that large, but with our rotating carousels, high-res images, and more, we have been designing increasingly energy-demanding websites for years, […]< 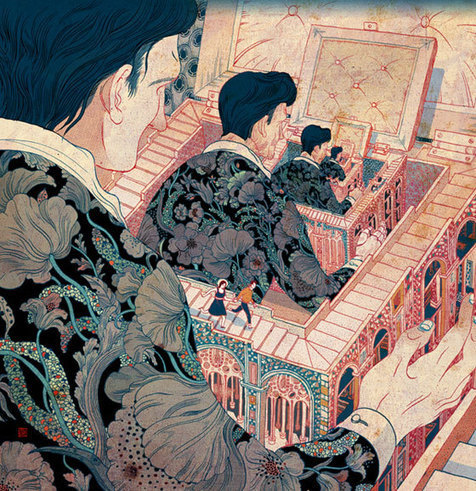