A California woman, for one, who wants to ease the drought, put disabled vets to work, and make some money

Sourced through Scoop.it from: www.bloomberg.com

>” […] The shade balls of Los Angeles are 4 inches in diameter, hollow, polyethylene orbs […] The Los Angeles Department of Water and Power has now dumped 96 million balls into local reservoirs to reduce evaporation and block sunlight from encouraging algae growth and toxic chemical reactions. The balls are coated with a chemical that blocks ultraviolet light and helps the spheres last as long as 25 years. Las Virgenes, north of L.A., now uses shade balls, too. […]

The U.S. Environmental Protection Agency has encouraged the nation’s water managers in recent years to find ways to cover or contain their resources, to prevent sunlight from reacting with chlorine and possibly creating carcinogens, says Ed Osann, a senior policy analyst at the Natural Resources Defense Council. The shade balls shouldn’t pose a pollution problem in themselves, he says, since “everything that comes in contact with drinking water has to be a certified material.” Chase says the balls are designed not to degrade.

The shade balls are a novel way to protect drinking water, and Californians’ latest attempt to adjust to their four-year drought. […]”<

The amount of water required to hydraulically fracture oil and gas wells varies widely across the country, according to the first national-scale analysis and map of hydraulic fracturing water usage detailed in a new USGS study accepted for publication in Water Resources Research, a journal of the American Geophysical Union.

Sourced through Scoop.it from: www.usgs.gov

“One of the most important things we found was that the amount of water used per well varies quite a bit, even within a single oil and gas basin,” said USGS scientist Tanya Gallegos, the study’s lead author. “This is important for land and resource managers, because a better understanding of the volumes of water injected for hydraulic fracturing could be a key to understanding the potential for some environmental impacts.”

Horizontal wells are those that are first drilled vertically or directionally (at an angle from straight down) to reach the unconventional oil or gas reservoir and then laterally along the oil or gas-bearing rock layers. This is done to increase the contact area with the reservoir rock and stimulate greater oil or gas production than could be achieved through vertical wells alone.

However, horizontal wells also generally require more water than vertical or directional wells. In fact, in 52 out of the 57 watersheds with the highest average water use for hydraulic fracturing, over 90 percent of the wells were horizontally drilled.

Although there has been an increase in the number of horizontal wells drilled since 2008, about 42 percent of new hydraulically fractured oil and gas wells completed in 2014 were still either vertical or directional. The ubiquity of the lower-water-use vertical and directional wells explains, in part, why the amount of water used per well is so variable across the United States.

The watersheds where the most water was used to hydraulically fracture wells on average coincided with parts of the following shale formations:

Thyne says he’s not the only one who’s been subjected to undue pressure from the oil and gas industry. He says he knows of faculty around the nation who have been targeted as well, including an engineer at Cornell University who called for an outright fracking ban in his state.

“Industry did a bunch of nasty pieces on him, trying to make him look like a wild-eyed, pistol-waving lunatic,” Thyne says.

There was even one woman from the tiny town of Raton, N.M., who claimed she was being followed and harassed after complaining about her water well being contaminated by nearby drilling operations.

“This ain’t shit,” Thyne says of his own situation. “I’ve talked to people who’ve been shot at. … It’s a real sticky situation, because there are some people getting jobs in the community, because of the development, and they’re good-paying jobs, and this is changing our economy, so it’s all positive, and then you say, ‘Yeah, well, so-and-so screwed up my well, and they won’t compensate me for it, so I’m going to take them to court, or I’m going to make waves.’ And you’ve got your neighbors mad at you.”

In addition, taking a big oil or gas company to court isn’t a walk in the park.

Sourced through Scoop.it from: www.boulderweekly.com

Desalination would seem to answer every prayer to fix California’s water shortages. But turning the sea into drinking water is not so easy. The state’s first major desalination plant, under construction in Carlsbad, is a major test for the industry and wary environmental groups.

See on Scoop.it – sustainability and resilience

Chancellor George Osborne has said that the Treasury will go ahead with the most generous tax regime for shale gas in the world.

>In the North Sea oil and gas exploration has received tax breaks along the same lines. This has brought about a renewed interest in this field, which is both technically very difficult and rather expensive. The tax allowance will see a huge relief for fracking, with a portion of each production sites income taxation going to a level of 30% in place of the 62% currently levied.

The British Geological Society has said that shale gas in northern England alone could be as high as 1,300 trillion cubic feet and just 10% of that would meet Britain’s needs for more than 40 years.

Water UK, a representative of Britain’s biggest water suppliers has voiced fears that large quantities of water needed for fracking would stretch water supplies very thinly in the areas earmarked for fracking sites, and there is a concern of contamination of water supplies with chemical waste and methane gas. Water UK said that damage could be done to the existing water pipe infrastructure with resultant shortages for home and business use.

Fracking companies say that lengthy waiting periods for environmental permission to begin fracking are a major concern, and Ministers have said they will endeavour to minimise the waiting period from over three months to under two weeks. Public support for shale gas exploration is low.< 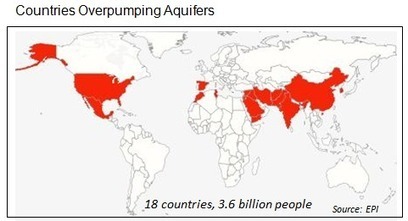