“In the United States, petroleum is by far the most-consumed transportation fuel. But recently the share of fuels other than petroleum for U.S. transportation has increased to its highest level since 1954, a time when the use of coal-fired steam locomotives was declining and automobile use was growing rapidly.”

>” […] After nearly 50 years of relative stability at about 4%, the nonpetroleum share started increasing steadily in the mid-2000s, reaching 8.5% in 2014. Of the nonpetroleum fuels used for transportation, fuel ethanol has grown most rapidly in recent years, increasing by nearly one quadrillion British thermal units (Btu) between 2000 and 2014. Nearly all of the ethanol consumed was blended into gasoline in blends of 10% or less, but a small amount was used in vehicles capable of running on higher blends as the availability of those flexible-fuel vehicles grew. Consumption of biodiesel, most of it blended into diesel fuel for use in trucks and buses, grew to more than 180 trillion Btu by 2014.

Electricity retail sales to the transportation sector grew more than 40% from 2000 through 2014, although sales have declined slightly since 2007. Electricity for transportation is mostly sold to railroads and railways. However, this increase does not include the consumption of electricity in electric vehicles that are not used in mass transit, because charging stations for these types of vehicles are likely associated with meters on residential, commercial, or industrial customer sites where this specific use may not be differentiated from other uses. […]”<

The plunge in oil prices to multi-year lows could have a sour aftertaste for Brazilian sugar processors.

“> […] The drop in crude prices may spell even more trouble for one of the mills’ two chief products: ethanol. Processors have ramped up production of the biofuel as a way to generate revenue as sugar prices plunged. But now that alternative may lose its luster if cheap gasoline gets in the way. Ultimately, it may push more sugar on the market.

Brazil is the world’s top producer of cane-based ethanol and cane processors have been dedicating more of their cane to produce the biofuel as an alternative to producing sugar, which has slumped in price.

Since Brazil’s cane harvest began in April, mills in the center-south – Brazil’s main cane-growing region – have dedicated 56.1% of their cane to make ethanol, and the rest to make sugar, compared with a 54.7%-45.2% split at the same point last year, according to sugar-industry group Unica.

“If gasoline gets cheaper, it affects ethanol’s competiveness in the blend,” said Jack Scoville, a vice president at Chicago brokerage Price Futures Group. […]”< 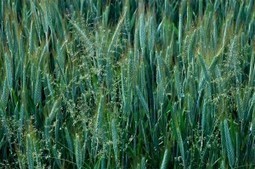 Researchers have developed a catalyst to convert ethanol into butanol with high selectivity, potentially allowing butanol to replace ethanol as a biofuel.

>[…] Because manufacturers can prepare ethanol from renewable sources, researchers consider the biofuel a good alternative to standard fossil fuels such as gasoline. Indeed, its production and use have increased remarkably in the last ten years; manufacturers now commonly add ethanol to gasoline fuels.

Despite this increased use, however, ethanol has several disadvantages. It has a lower calorific value than standard gasoline (19.6 vs. 32 MJ/liter); moreover, it is corrosive. For this reason, the maximum amount which can be added to standard gasoline is about 10 %; cars cannot use fuels with higher ethanol amounts without engine modifications.

1-Butanol (CH3-CH2-CH2-CH2-OH), an alcohol with a longer chain, could be a better alternative to ethanol. Indeed, it has a higher calorific value (29.2 MJ/liter) and it is much less corrosive; because of this, manufacturers can add it to gasoline in higher proportions without engine modifications, and theoretically it could completely replace the gasoline. Moreover, its octane number is very similar to that of gasoline – 96 vs 91-99.

Despite these characteristics, however, we’re not yet using butanol in cars due to the difficulties in producing the alternative biofuel. […]< 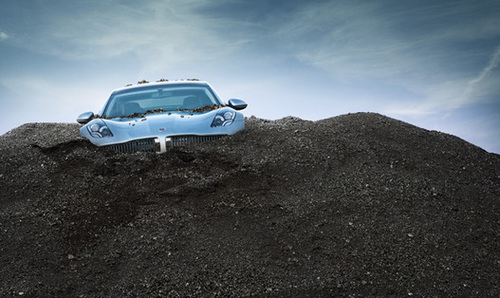 The ethanol industry is again under fire from critics who want to eliminate the federal mandate that oil companies blend biofuels into the gasoline supply.

>“There will be a push in our committee by some, Republicans and Democrats, to do away with the RFS, saying that it’s just completely unnecessary today, that we have enough gas and oil, that we just don’t need another fuel source, let alone subsidizing it,” Terry said.

That’s why the standard’s critics include the grocery industry and some livestock producers that want cheaper grain to feed their animals.<

What technological breakthrough is most likely in the next 10 years that could completely change the energy equation as we now see it?

Predicting new-energy technological breakthroughs tends to be a fool’s errand. A decade ago, few envisioned the breakthrough that has most rocked the U.S. energy world: the one-two punch of fracking and horizontal drilling that has unlocked huge stores of shale gas from California to New York.

Study after study has pegged energy efficiency as the lowest-cost way to curb fossil-fuel consumption and the resulting greenhouse-gas emissions. The problem has been figuring out how to unlock those efficiency improvements in the real world. Today, creative minds are at work developing electronic systems to track and display the energy use of institutional and individual consumers in ways that could make those users much more conscious both about how much energy they consume and about precisely what they could do to cost-effectively consume less. More information, in short, could equal less power. 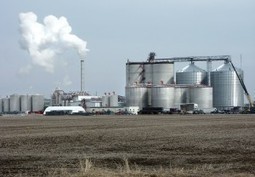 Nearly 10 percent of the nation’s ethanol plants have stopped production over the past year, the drought having pushed commodity prices so high that ethanol has become too expensive to produce.

The other half of this is falling demand for gasoline — a result of both the recession, and a renewed policy push for electric and hybrid vehicles and tougher fuel economy standards. […]

Globally, the combined effect of U.S. and European biofuel policy has been a massive divergence of corn crops into biofuel production, which in turn drove up the price of corn and contributed to global food insecurity. […]

Cellulosic biofuels, by relying on crops that don’t double as food, could provide a solution. But whether they can be widely commercialized without requiring high levels of water and land use remains an open question.

Companies that are still looking to produce biofuels from plant waste (and not corn) are making slow, but steady progress on milestones in 2013.

According to Bloomberg’s energy research arm New Energy Finance, ethanol made from plant waste could cost the same to produce as corn-based ethanol by 2016. Currently cellulosic ethanol costs 94 cents a liter to produce, or about 40 percent more than ethanol made from corn, says Bloomberg.

“We are disturbed that EPA is mandating 14 million gallons of cellulosic ethanol when zero gallons are available for compliance as of today,” AFPM President Charles T. Drevna said on Jan. 31. […]

“[…] This stealth tax on gasoline might be the most egregious example of bad public policy, and consumers could be left to pay the price. EPA needs a serious reality check.”

“[…] it is shocking that the Agency would mandate such high biodiesel volumes this year since 140 million biodiesel credits turned out to be fraudulent,” […] it is unrealistic to assume the biodiesel industry will actually produce 1.28 billion gal of real biodiesel this year.”