ASHRAE has a goal: net-zero energy for all new buildings by 2030. What do engineers need to know to achieve this goal on their projects?

>”As net-zero energy and low-energy design projects become more prevalent, engineers must be prepared to collaborate with all members of a project team including architects, energy specialists, lighting designers, builders, and owners in order to accomplish net-zero energy goals with little to no cost premium. Is this possible today or will it take another 10 or more years to get there?

There are many examples of completed projects demonstrating that not only is this possible, but it has been done in all regions of the country using readily available building products and common construction methods. So what’s the secret? It’s all about the design.

The term “net-zero energy” is abundantly used, but a single universally accepted definition does not exist. In general terms, a net-zero energy building (NZEB) has greatly reduced energy needs achieved through design and energy efficiency, with the balance of energy supplied by renewable energy. In an effort to clarify the issue, the National Renewable Energy Laboratory (NREL) published a paper in June 2006 titled “Zero Energy Buildings: A Critical Look at the Definition,” in which it defined the following four types of NZEBs:

A subsequent paper was published by NREL in June 2010 titled “Net-Zero Energy Buildings: A Classification System Based on Renewable Energy Supply Options,” where four classifications of NZEBs were defined:

Integrated building design is a process that promotes holistic collaboration of a project team during all phases of the project delivery and discourages the traditional sequential philosophy. According to ASHRAE, the purpose of the integrated design process is to use a collaborative team effort to prepare design and construction documents that result in an optimized project system solution that is responsive to the objectives defined for the project. […]

Commissioning is an important part of every project, and for NZEB projects the commissioning authority should be a member of the design team and involved throughout the design process. […]”<

Lexington Farms, a single family affordable housing development in Illinois, looks to be LEED Platinum and net zero via clean energy on each house.

Duane Tilden‘s insight:
“The model under which these modular homes are made available to residents is rather unique. They were built for those making less than $41,000 a year, and were reportedly provided to these people in a rent to own situation at a set monthly lease cost of $590. Each 1,425 square foot, three bedroom dwelling is green down to its core via an array of eco technologies. Owners apparently had to be provided with a special manual to educate them about the various green technologies they are living with. So what exactly is under the hood of each green home in Lexington Farms? According toUrban Green Energy, the impressive list includes one of the firm’s 1,000 watt eddyGT vertical axis wind turbines; 7,200 watt photovoltaic solar roof panels; Energy Starappliances; U35-rated, argon gas filled windows; R-21 wall and R-49 attic insulation; low-flow water fixtures and WaterSense toilets; sustainable landscaping with efficient irrigation systems; recycled construction materials; low VOC paints and energy efficient, fluorescent light fixtures. At the time of construction is was said the IHDA invested more than $2.5 million into the project, providing federal American Recovery and Reinvestment Act (ARRA) funds and federal Low-Income Housing Tax Credits to finance it. The federal tax credits, noted the IHDA, “were a result of a special allocation for counties hit by severe flooding [and] generated an additional $6.7 million in private equity for the development.” Overall, these green homes aimed for net zero energy usage via the renewable energy features. An additional $260,000 grant from the Illinois Department of Commerce and Economic Opportunity further supported the development.” 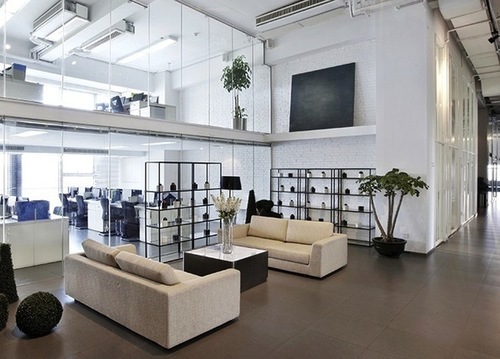 Buildings in the U.S. consume[…] 42 percent of the nation’s primary energy and 72 percent of its electricity. Much of that energy is needlessly wasted through inefficient design and operation.

>Rather than examine energy costs in isolation, our approach assesses how energy and sustainability improvements add value to all parts of a property or company. This approach is not revolutionary, but rather more comprehensive, applying industry-accepted valuation methods to the full set of retrofit value contributions, including saved energy costs, health and productivity benefits, reputation and leadership, and risk reduction.

Energy investment (and resultant property outcomes) should be treated as one of many factors that influence value, including location, tenant mix, quality of design, and more. Evaluating retrofits within the broader context of property/company value enables a logical, defensible calculation and assessment of a deep retrofit’s relative contribution to value. Previous attempts to value energy retrofits have ignored retrofits’ value contributions and overlooked standard approaches to valuing properties and companies.< 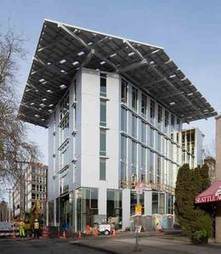 -ASHRAE has a goal: net-zero energy for all new buildings by 2030. What do engineers need to know to achieve this goal on their projects?

>As net-zero energy and low-energy design projects become more prevalent, engineers must be prepared to collaborate with all members of a project team including architects, energy specialists, lighting designers, builders, and owners in order to accomplish net-zero energy goals with little to no cost premium. Is this possible today or will it take another 10 or more years to get there?

There are many examples of completed projects demonstrating that not only is this possible, but it has been done in all regions of the country using readily available building products and common construction methods. So what’s the secret? It’s all about the design.< 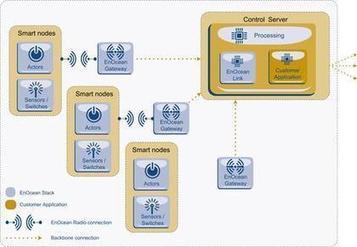 Energy harvesting wireless technology becomes more attractive for OEMs as a basis technology for products and solutions that contribute to a building’s efficient energy management. The wireless modules gain their power from the surrounding environment…

In a complex commercial building scenario, EnOcean Link can be implemented on a central device, like a control server, which controls the whole building, holds the automation intelligence, and can be physically located outside the building (in the cloud). Several gateways in the building record radio telegrams from thousands of distributed batteryless wireless sensors and relay receivers, and send back information or command data when needed. These gateways are connected to the control server by a backbone, which does not have to be based on EnOcean radio, or even be wireless. The middleware, located in the central unit, interprets all telegrams received by the gateways and provides them to the automation system.

Campden BRI and the University of Newcastle upon Tyne are co-operating with organisations from Austria, Germany, Poland and Spain in an EU project to help the European food and beverage industry improve energy efficiency and reduce fossil carbon…

Museum briefly becomes a provider, rather than user, of electricity

>TOLEDO, OHIO–On Tuesday, May 21 the Toledo Museum of Art achieved a milestone in its 20-year effort to reduce energy consumption: its 101-year-old Beaux Arts main building stopped drawing power from the electrical grid and actually started returning power to the system. The ongoing process, which incorporates using sustainable energy practices such as solar power, energy-efficient lighting, micro turbines and chillers, has resulted in hundreds of thousands of dollars in cost savings over the years.

Bernhard cited lighting as a good example. The first generation of LED lights weren’t suitable for illuminating and protecting art, so they were bypassed at the time. Now that the technology has dramatically improved, LED fixtures are now being introduced into the galleries, where lights frequently burn out from continual usage. The new lights not only save energy but last much longer, decreasing labor costs associated with the constant replacement of bulbs. The lighting in the renovated lot is also provided by new LED fixtures, which provide greater illumination while using less electricity

Bintz and Bernard also added new micro turbines and chillers to the power plant at TMA’s world-famous TMA Glass Pavilion during last year’s energy upgrade. The heat from the building’s working glass hot shop is recycled into the rest of the building during cold months. While generating electricity, the micro turbine waste heat is used to heat the building in the colder months and generate chilled water for air conditioning in the summer.<

>The renovated 16,533-square-foot office building is located in Phoenix’s Discovery Triangle at the corner of 44th Street and Van Buren. In less than 10 months, the team, which included national design firm SmithGroupJJR and global consulting firm DNV KEMA Energy and Sustainability, researched, designed, permitted, and built a highly-efficient, modern workplace with a number of innovative sustainability features including: 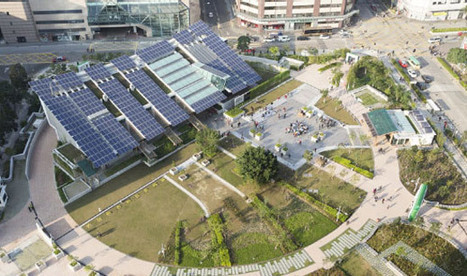 Image Source: Arup Hong Kong’s Zero Carbon Building (ZCB) has won the inaugural “Champion of the Innovation Award for the Engineering Industry” from the Hong Kong Institution of Engineers (HKIE). The ZCB employed a swath of integrated innovatio …

The ZCB employed a swath of integrated innovations to best meet the unique conditions of Hong Kong’ sub-tropical location and frenetic urban setting, incorporating a total of over 80 sustainability features to heighten its efficiency and diminish its environmental impact.

The roof of the three-storey building is almost completely covered in photovoltaic panels to take advantage of Hong Kong’s torrid climate for power generation purposes. In addition to solar power, the ZCB is also capable of producing energy using biodiesel derived from waste cooking oil, which is widely used in the city’s thriving culinary culture.

TD Bank’s net-zero energy store opened on May 13, 2011. The U.S. Department of Energy (DOE) National Renewable Energy Laboratory defines a net-zero energy building (NZEB) as a residential or commercial building that produces and exports in a year at least as much renewable power as the total energy it uses.

[…] A NZEB has two key energy features: The building is constructed with energy-efficient technologies that significantly reduce its energy demand, and renewable energy sources supply at least as much energy as the building uses over the course of a year.