“The report, Building the Future, has piled pressure on Ministers to act to fix Britain’s badly insulated homes. The report shows that a much more ambitious energy efficiency investment programme would pay for itself and significantly boost the UK economy.

The programme would add £13.9 billion annually to the UK economy by 2030, with GDP boosted by £3.20 for every £1 invested by the Government. A national scheme to make homes super-energy efficient would result in £8.6 billion in energy savings per year by 2030, an average energy saving of £372 per household. After taking into account loan repayments this would result in £4.95 billion in financial savings per year for Britain’s households.”

As Ed Davey, U.K. Secretary of State for Energy & Climate Change, spoke to the Environment Council in Brussels, saying: “We call for urgent action on reaching an ambitious 2030 energy and climate change agreement, to spur on investment in green, reliable energy,” at home in Britain t

In contrast with dedicated power only biomass plants, biomass-fired combined heat and power installations are continuing to attract investment in the UK, given that they still qualify for significant government support.

A number of these projects have made advances over the previous few months. For instance, RWE Innogy UK (formerly RWE npower renewables), is in the final stages of commissioning its Markinch Biomass CHP plant in Fife, Scotland. This 65 MW plant will supply up to 120 tonnes of industrial steam per hour to paper manufacturer Tullis Russell. RWE Innogy is investing some £200 million (US$300 million) in the development, which was built by Metso and Jacobs.

In October 2013 Estover Energy revealed that planning consent has been granted by Dover District Council for its proposal to develop a £65 million (US$100 million) biomass-fired CHP in the South East of England at Sandwich, in Kent. Generating 11-15 MWe and 8-12 MWth, the plant will use locally sourced low-grade wood as fuel.

Construction is forecast to begin in spring 2014 at the Discovery Park science and technology park.

And in the July, the Helius Energy-developed CoRDe biomass energy plant in Rothes, Speyside, Scotland began operations, using by-products from nearby malt whisky distilleries to produce renewable energy and an animal feed protein supplement, Pot Ale Syrup. Construction began in 2011 on the 8.32 MWe and 66.5 t/h pot ale evaporator plan. The total development and construction costs of the project were £60.5 million. …”<

The Malden Housing Authority will spend more than $11 million to make its public housing units more energy efficient, work officials believe will pay for itself.

>The 250-unit complex has a central power plant with utilities distributed to each building through pipes installed in the 1950s. The pipes are in poor condition, Finn said, which results in uneven distribution of heat and water pressure. “Those pipes are a problem; they are aging in place,” he said.

The new system will feature one energy-efficient boiler for every two units in the 58 Housing Authority buildings on Newman Road, Finn said. The old pipes will remain and could be used by the authority or the city as underground electricity conduits, he said. The work on Newman Road is expected to cost $4.3 million.

The Housing Authority received the 20-year $11.27 million bond through MassDevelopment , an entity created by the Legislature in 1998 to act as a finance and development authority.

“We’re pleased to support the Malden Housing Authority with this low-cost financing to improve homes for low-income families, reduce the cost of utilities for the authority’s developments, and to support the Commonwealth’s goal of improving energy technologies and efficiencies, resulting in reduced cost,” MassDevelopment chief executive Marty Jones said in a prepared statement.

For the bond financing agreement, the authority will pay a fixed interest rate of 4.12 percent to East Boston Savings Bank, which is loaning the funds. But the bank was only able to do that by entering into an interest-rate swap agreement with another institution, PNC Bank.

>To be effective, a huge amount of money must be withdrawn from a company. Where boycotting unites individual buyers to have impact, individual stockowners aren’t likely to make a huge enough hit with divestment or negative investing for a corporation to take notice. Institutional owners, though, could impact a company or industry because collectively they control vast amounts.

The current student campaign to divest from fossil fuels is interesting. For example, Harvard has $30 billion in endowment while Yale has $16.7 billion.

While it’s clearly not all in one company or industry, what kind of impact could university endowments have if they withdrew from fossil fuel companies and allied industries? By my count, there are well over a hundred campaigns at universities around the nation, and there are additional groups working to get towns and communities to join the fight. As a collective action, the potential for these divestment campaigns is fascinating to ponder.

Perhaps the most important thing divestment shares with boycotting is publicity.  The attention that a mass divestment can bring to an issue could be profound. The student fossil fuels divestment effort is garnering national media attention, and rather than fizzling out seems to be gaining momentum. This attention could be as effective as actual divestment for dealing with climate change and fossil fuel issues.

As Cecelie Counts wrote in January, divestment was just one tool used to combat apartheid and bring change in South Africa. I don’t know if there will be mass divestment among universities, but I suspect that this campaign will be successful in the long run because it’s educating a generation and could create the cultural change necessary to pursue long-term alternatives, change policy and pressure energy companies to adapt.<

>To date, the focus has been on how real estate owners and developers may lower energy consumption at the “whole-building” level. However, office tenants like data centers, law firms, banks, trading floors, restaurants, and retail stores use a lot of energy – especially in areas experiencing large growth and development. The Better Buildings Act takes a holistic approach by considering office tenants’ impact on energy consumption and behaviors.

In addition to the “Tenant Star” designation, the bill asks the Department of Energy to study and learn from private sector “best practices” of how commercially-leased spaces are designed to achieve high performance and help reduce utility costs for businesses.

“Senators Bennet and Ayotte have championed innovative, transformative energy policy through their Better Buildings Act and its ‘Tenant Star’ provisions,” said Jeffrey D. DeBoer, President and CEO of The Real Estate Roundtable. “Tenants consume 50% or more of the energy used by commercial buildings, so they should be recognized for making smart choices in high-performance design and operations within leased spaces they control.  This bill is a major step forward to better align commercial landlords and tenants toward a common goal of lowering energy use in built environments across our nation.”< 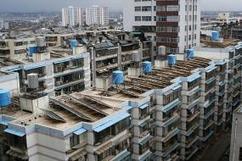 The Green Energy Act stripped Ontarians of their right to appeal decisions on locating energy facilities.

>Former premier Dalton McGuinty told a legislative committee this week that “there was a faulty selection process for gas plant sites and they were wrongly located and had to be shut down.”

But that faulty process was the result of his much-ballyhooed Green Energy Act. And the cost of the faulty process and the subsequent shutdown of the Oakville and Mississauga sites will be $585 million or more.

The result is that Ontario electricity rates, at one time among the lowest in North America, are now some of the highest. Ontario residential customers are paying about three times more for electricity than they did when McGuinty took office. Ontario industry, which used to benefit from low electricity costs, is suffering.<

“In this type of solar cell—FRET-based heterojunction polymer solar cells—extra energy is able to migrate from one molecule to another over long distances. The dye, which is highly absorbent in the near-infrared region, both broadens the spectral absorption of solar cells and enhances electricity transmission,” Physorg explains.< 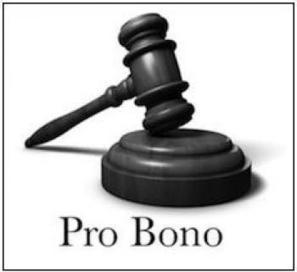