NASA researchers studying have found that the intensity of the “heat island” created by a city depends on the ecosystem it replaced and on the regional climate.

I have measured the heat island effect in the Greater Vancouver area, specifically Metrotown, Burnaby to be in the order of 6 deg C, during a late summer evening.

>”The placement and structure of cities — and what was there before — really does matter,” said Marc Imhoff, biologist and remote sensing specialist at NASA’s Goddard Space Flight Center in Greenbelt, Md. “The amount of the heat differential between the city and the surrounding environment depends on how much of the ground is covered by trees and vegetation. Understanding urban heating will be important for building new cities and retrofitting existing ones.”

Goddard researchers including Imhoff, Lahouari Bounoua, Ping Zhang, and Robert Wolfe presented their findings on Dec. 16 in San Francisco at the Fall Meeting of the American Geophysical Union.

Scientists first discovered the heat island effect in the 1800s when they observed cities growing warmer than surrounding rural areas, particularly in summer. Urban surfaces of asphalt, concrete, and other materials — also referred to as “impervious surfaces” — absorb more solar radiation by day. At night, much of that heat is given up to the urban air, creating a warm bubble over a city that can be as much as 1 to 3°C (2 to 5°F) higher than temperatures in surrounding rural areas.

The impervious surfaces of cities also lead to faster runoff from land, reducing the natural cooling effects of water on the landscape. More importantly, the lack of trees and other vegetation means less evapotranspiration — the process by which trees “exhale” water. Trees also provide shade, a secondary cooling effect in urban landscapes. 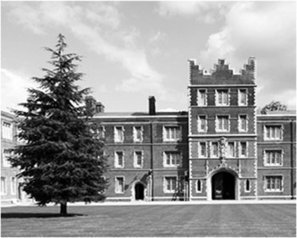 This medieval English city is investing $1.5 billion for energy upgrades for the entire city.

>It’s one thing to build super-energy-efficient new homes and offices – it’s another matter entirely to bring ancient buildings up to par. But the medieval university city of Cambridge, England, plans to do just that with a $1.5 billion retrofit program.

The newly launched Cambridge Retrofit Project aims to reduce carbon emissions from buildings 30% before 2050 through a massive, city-wide retrofit scheme.  […]

While the primary goal is reduced energy consumption and carbon emissions, the program also aims to build up local businesses, create warmer homes and increase the value of properties. 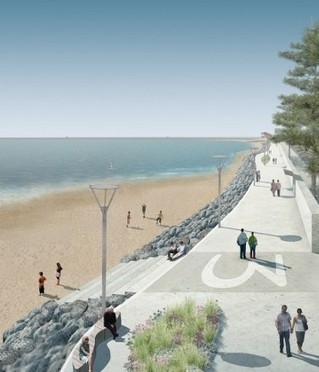 The formal consultation process has started on the world’s first purpose built tidal lagoon for Swansea Bay, with public exhibitions taking place at 18 locations around the Swansea Bay area until August 5.

>The proposed tidal lagoon will have a rated capacity of 240 Megawatts (MW), generating 400GWh net annual output. This is enough electricity for approximately 121,000 homes.

In addition to generating electricity, the £650 million development will also provide visitor facilities and other amenities including art, education, mariculture and sporting/recreational facilities. The seawall is expected to be open to the public during daylight hours for walking, running, cycling etc, though access will be controlled in extreme weather.

LDA Design, the project masterplanners and landscape architects for Swansea Bay Tidal Lagoon, has completed the coordination of exhibition material for the public exhibitions. As part of the formal consultation for the proposed Development Consent Order (DCO) application by Tidal Lagoon (Swansea Bay) plc (TLSB), a new, virtual 3D programme has been prepared, which shows the proposed lagoon in the context of Swansea Bay.  <