Thoughts on Crawling and Understanding the Darknet

Sourced through Scoop.it from: blog.lewman.is

Darknets have been around for a decade or so. Some of the most well-known are from the Tor network; Silk Road, Wikileaks, Silk Road 2, StrongBox, and so on. For good or bad, Silk Road is what helped bring darknets to the masses.

I’m defining the darknet as any services which requires special software to access the service, such as;
1. Tor’s hidden services,
2. I2P,
3. FreeNet, and
4. GnuNet.

There are many more services out there, but in effect they all require special software to access content or services in their own address space.

Most darknet systems are really overlay networks on top of TCP/IP, or UDP/IP. The goal is to create a different addressing system than simply using IP addresses (of either v4 or v6 flavor).XMPP could also be considered an overlay network, but not a darknet, for example. XMPP shouldn’t be considered a darknet because it relies heavily on public IPv4/IPv6 addressing to function. It’s also trivial to learn detailed metadata about conversations from either watching an XMPP stream, or XMPP server.

The vastness of address spaces

Let’s expand on address space. In the “clearnet” we have IP addresses of two flavors, IPv4 and IPv6. Most people are familiar with IPv4, the classic xxx.xxx.xxx.xxx address. IPv6 addresses are long in order to create a vast address space for the world to use, for say, the Internet of Things, or a few trillion devices all online at once. IPv6 is actually fun and fantastic, especially when paired with IPSec, but this is a topic for another post. IPv4 address space is 32-bit large, or roughly 4.3 billion addresses. IPv6 address space is 128-bits large, or trillions on trillions of addresses. There are some quirks to IPv4 which let us use more than 4.3 billion addresses, but the scale of the spaces is what we care about most. IPv6 is vastly larger. Overlay networks are built to create, or use, different properties of an address space. Rather than going to a global governing body and asking for a slice of the space to call your own, an overlay network can let you do that without a central authority, in general.

There are other definitions or nomenclature for darknets, such as the deep web:

noun 1. the portion of the Internet that is hidden from conventional search engines, as by encryption; the aggregate of unindexed websites: private databases and other unlinked content on the deep web.

Basically, the content you won’t find on Google, Bing, or Yahoo no matter how advanced your search prowess.

How big is the darknet?

No one knows how large is the darknet. By definition, it’s not easy to find services or content. However, there are a number of people working to figure out the scope, size, and to further classify content found on it. There are a few amateur sites trying to index various darknets; such as Ahmia, and others only reachable with darknet software. There are some researchers working on the topic as well, see Dr. Owen’s video presentation, Tor: Hidden Services and Deanonymisation. A public example is DARPA MEMEX. Their open catalog of tools is a fine starting point. […]”<

A new report from ACEEE, Energy Savings from Information and Communications Technologies in Personal Travel,estimates that aggressively incorporating a handful of ICT strategies could reduce energy consumption in transportation by almost 13% by 2030.

>” […] Intelligent efficiency is the use of information and communications technologies (ICT) to improve the overall productivity and efficiency of a given sector.

In transportation, intelligent efficiency can affect the way we travel by providing us with real-time feedback and information on fuel economy, making it easier for us to use alternatives to driving such as public transit and bicycles, and by moving traffic away from peak travel times and consolidating travelers into fewer vehicles.

[…] The strategies discussed in the report include:

The report aims to provide readers with a sense of the relative magnitude of energy savings possible from these strategies, and is by no means a definitive overall estimate. ICT could be incorporated in many additional ways in the transportation sector. The strategies described here are simply the tip of the iceberg when it comes to implementation. Studies from Europe have shown that reductions could be as high as 26% if we consider the whole universe of strategies and options. […]”<

In the past, energy efficiency was seen as a discrete improvement in devices,” says Skip Laitner, an economist who specializes in energy efficiency. “But information technology is taking it to the next level, where we are thinking dynamically, holistically, and system-wide.

>” […] This emerging approach to energy efficiency is information-driven. It is granular. And it is empowering consumers and businesses to turn energy from a cost into an asset. We call this new paradigm “intelligent efficiency.”

That term, which was originally used by the American Council for an Energy-Efficient Economy in a 2012 report, accurately conveys the information technology shift underway in the efficiency sector.

The IT revolution has already dramatically improved the quality of information that is available about how products are delivered and consumed. Companies can granularly track their shipping fleets as they move across the country; runners can use sensors and web-based programs to monitor every step and heartbeat throughout their training; and online services allow travelers to track the price of airfare in real time.

Remarkably, these web-based information management tools are only now coming to the built environment in a big way. But with integration increasing and new tools evolving, they are starting to change the game for energy efficiency.

Although adoption has been slow compared to other sectors, many of these same technologies and applications are driving informational awareness about energy in the built environment. Cheaper sensors are enabling granular monitoring of every piece of equipment in a facility; web-based monitoring platforms are making energy consumption engaging and actionable; and analytic capabilities are allowing companies to find and predict hidden trends amidst the reams of data in their facilities and in the energy markets.

This intelligence is turning energy efficiency from a static, reactive process into a dynamic, proactive strategy.

We interviewed more than 30 analysts and companies in the building controls, equipment, energy management, software and utility sectors about the state of the efficiency market. Every person we spoke to pointed to this emerging intelligence as one of the most important drivers of energy efficiency.

“We are hitting an inflection point,” says Greg Turner, vice president of global offerings at Honeywell Building Solutions. “The interchange of information is creating a new paradigm for the energy efficiency market.”

Based on our conversations with a wide range of energy efficiency professionals, we have identified the five key ways intelligent efficiency is shaping the market in the commercial and industrial (C&I) sector:

The decreased cost of real-time monitoring and verification is improving project performance, helping build trust among customers and creating new opportunities for projects;Virtual energy assessments are bringing more building data to the market, leveraging new lead opportunities for energy service professionals;Web-based energy monitoring tools are linking the energy efficiency and energy management markets, making efficiency a far more dynamic offering;Big data analytics are creating new ways to find trends amidst the “noise” of information, allowing companies to be predictive and proactive in efficiency;Open access to information is strengthening the relationship between utilities and their customers, helping improve choices about efficiency and setting the foundation for the smart grid. 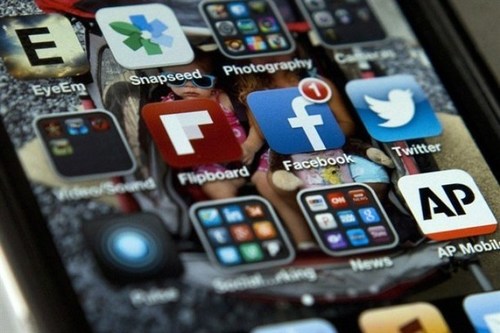 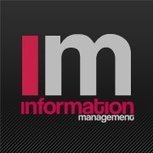 Enterprise architecture that automated decades ago must deal with new requirements and manage existing complexity, or face extinction

One of the first aspects of complexity in mature enterprises that comes to mind is what philosopher R. G. Collingwood called “the law of primitive survivals.” This states that earlier, more primitive forms of things coexist with later, more sophisticated forms of things. We see this in biology, where primitive forms, like sharks, exist with modern forms, like bony fishes, and algae coexist with flowering plants. The primitive coexists with the modern to a surprising extent. …

The complexity of information, technology and application architectures in mature enterprises seems to take the form of the survival of previous generations of environments integrated with overlays of more modern generations. …

Large, mature enterprises have seen mainframes, PCs, distributed processing, the Internet, the cloud and are now in the early stages of another revolution: big data. How much more complexity can be added to their environments? I have tried looking for answers in evolutionary science, which I studied at university; the field teaches that specialization typically leads to the inability to adapt to changing circumstances. …