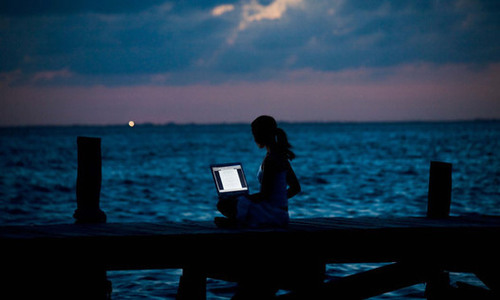 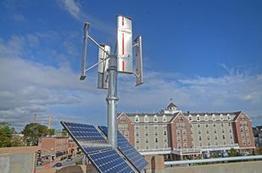 While large wind farms like the Cape Wind Project routinely take years to get approval and support, Wing Power Energy is focused on micro-wind systems – small generators that produce less than 10 kilowatts…

[…]Wing Power Energy’s technology is a vertical, four-blade wind propeller combined with a solar panel, which together can generate as much as 3.5 kilowatt hours of electricity.

Recently, the company put up a live demonstration in the City of Salem, consisting of three hybrid wind/solar turbines on the rooftop of a municipal parking garage powering 4G LTE enabled Verizon wireless equipment, including two video surveillance cameras, one digital signboard and a complete wireless network, completely off grid and running only on the power generated by the turbines. The company now has about 15 systems up and running or in the works around the country.