Prologue:  It’s been a few weeks since my last blog post as I have been quite involved in other matters. As part of my work involves research and learning I would like to organize some of my discoveries and thoughts and relate them further by curation and publication on my blog.

Some things that I have been aware of it seems to me, intuitively, are rules which have been previously codified by others. Two now under examination are named after their discoverer’s respectively; Schelling Points and The Nash Equilibrium.  These ideas have profound implications in various forms of trade, microeconomics, macroeconomics, and cryptoeconomics.

In the study of crowds or markets as an example we will find that there will be a tendency of people to gravitate towards the familiar in the absence of information. Such information is useful in the study of how people tend to behave. This information can also used to make optimal choices between two or more people in games of strategy whether between strangers where the others’ choice is unknown, or between friends or groups who may be more predictable in behaviour.

In my own study of markets and their behaviour it is noticeable that one can postulate certain cycles based on common patterns where conflicts for disposable income can affect the movement of capital in and out of the market. I find that this is very similar to what has been found by Thomas Schelling and is also known as “focal points”.

Image 2: Thomas Schelling received his Ph.D. from Harvard in 1946 and joined the Harvard faculty in 1958. Photo by Martha Stewart

Thomas Schelling, the Nobel-winning game theorist … found in an informal survey that many of his students tended toward the same answer when posed this question about New York City: they would wait under the clock in Grand Central Station at 12 noon, hoping their partners had the same idea.

He introduced this concept in his 1960 book The Strategy of Conflict as a “focal point” – a solution to a coordination problem that somehow stands out as the natural answer even if the participants don’t have a chance to arrange it beforehand. Schelling argued that people’s apparent ability to coordinate without communicating was key to understanding how real-life strategic games are solved.

As game theory has developed in the decades since, Schelling’s ideas about focal points have been rarely studied, partly because the existence of focal points was perceived more as a mysterious, sociological phenomenon rather than an economic one amenable to analysis.

Schelling argued that people’s apparent ability to coordinate without communicating was key to understanding how real-life strategic games are solved.

Schelling himself said trying to determine the focal point of a game analytically is like trying to use a computer to understand whether a joke will be funny – it depends on cultural context and the relationship of the people trying to coordinate. Even the classic Schelling focal point of Grand Central might not apply if you asked different groups of New Yorkers who lived in different parts of the city or never took the trains that pass through the station.

The Nash Equilibrium is a basic solution set which can be identified in every day life through some observation. One of the better examples it the driver matrix on a two-way street, where the optimal solution is for both drivers to drive on the left hand or right hand side of the road. If not, then a collision will likely result as both cars will be moving in opposing directions head-on.

Generally speaking one can view this equilibrium as an expectation that in various scenario’s where a choice is required, the person will behave in their own best interests. Understanding this concept is essential to how incentives work in an economy and how such incentives can be used to modify a person’s behavior, whether in a game, company, group, or a market.

Nash Equilibrium is a term used in game theory to describe an equilibrium where each player’s strategy is optimal given the strategies of all other players. A Nash Equilibrium exists when there is no unilateral profitable deviation from any of the players involved. In other words, no player in the game would take a different action as long as every other player remains the same. Nash Equilibria are self-enforcing; when players are at a Nash Equilibrium they have no desire to move because they will be worse off.

[…”For Alibaba (BABA) the Chinese e-commerce behemoth with its sights set on global domination, the cryptocurrency world was never too far away. Alibaba recently launched a cryptocurrency mining platform called “P2P Nodes,” according to a report by Coin Telegraph. (See also: 10 Companies Owned by Alibaba.)

As cryptocurrency fever has swept the world, more businesses have looked to get on board with the digital currency craze. And yet, Alibaba’s new venture is not a cryptocurrency. So what exactly is P2P Nodes? And what does it mean for Alibaba and the business world?” …] (1)

[…When asked his feelings on digital currency, Ma claimed to be “totally confused,” explaining that “even if it works, the whole international rules on trade and financing are going to be completely changed.” 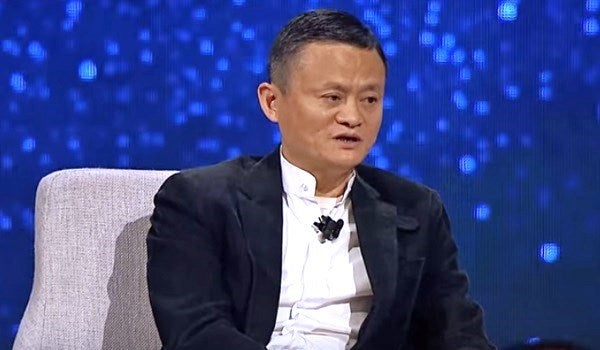 At the same time, Ma – whose net worth tops $46 billion – was quick to praise the advent of blockchain technology, suggesting his company had already looked into ways to harness this tool. …] (1)

I am so happy to see those nag messages disappear from my computer, you know the ones reminding you that your period of time to upgrade to Windows 10 will expire on July 31?   Now that we are in August one less thing popping up that bothers me.

The question being do I upgrade or not?  And friends and family who look to me for advice on such issues want to know what I am doing and why.  Intuitively I felt that upgrading was unwise likely do to past experiences with O/S upgrades and backward compatibility of existing hardware and external devices.

For example, I own an older Nikon digital camera, Coolpix 995, which is a newer version of my first digital camera, a Coolpix 990.  Getting software that works for this camera for versions of Windows newer than XP has currently been a challenge.  Driver’s are not available for Windows Vista, 7 and definitely not for Window’s 10.  So such is likely for any devices I currently own.

Also, I like to buy used equipment at bargain prices.  I have learned through my own experience that electronic equipment has a short shelf life and prices drop quickly as newer versions of equipment enter the market.  By creating obsolescence in software, hardware becomes prematurely unusable due to compatibility issues.  When this occurs the current solution is usually to discard the item and buy a new replacement.

Another thing besides compatibility and premature obsolescence is extra work and other unknown issues which will inevitably arise from the upgrade.  I have an ‘Elitebook’ HP 8530 W laptop computer with Window’s 7 for my business and personal use, which I purchased for a bargain on Ebay.  I have spent a lot of time setting it up to work properly, I have no need to upgrade the software.

Let someone else figure it all out, then maybe in a couple of years I will buy a more powerful model at a lower price with Windows 10 or the current version already installed.   So I did not upgrade, and I am okay with that.

Does it make a difference if our models of energy and the economy are overly simple? I would argue that it depends on what we plan to use the models for. If all we want to do is determine approximately how many years in the future energy supplies will turn down, then a simple model is perfectly sufficient. But if we want to determine how we might change the current economy to make it hold up better against the forces it is facing, we need a more complex model that explains the economy’s real problems as we reach limits.We need a model that tells the correct shape of the curve, as well as the approximate timing. I suggest reading my recent post regarding complexity and its effects as background for this post.

The common lay interpretation of simple models is that running out of energy supplies can be expected to be our overwhelming problem in the future. A more complete model suggests that our problems as we approach limits are likely to be quite different: growing wealth disparity, inability to maintain complex infrastructure, and growing debt problems.Energy supplies that look easy to extract will not, in fact, be available because prices will not rise high enough. These problems can be expected to change the shape of the curve of future energy consumption to one with a fairly fast decline, such as the Seneca Cliff.