Its been pretty windy recently, So wind farms are probably doing quite well at the moment. The biggest wind farm in the world, at the moment, is the London array, which can produce 630MW of power.

The future is very encouraging for wind power. The technology is growing exponentially due to the current power crisis and the ongoing discussions about nuclear power plants. Wind turbines are becoming more efficient and are able to produce increased electricity capacity given the same factors.

There is over 200 GW (Giga Watts) of installed wind energy capacity in the world.

The Global Wind Energy Council (GWEC) has forecasted a global capacity of 2,300 GW by 2030. This will cover up to 22% of the global power consumption.

A wind turbine converts the kinetic energy of wind into rotational mechanical energy. This energy is directly converted, by a generator, into electrical energy. Large wind turbines typically have a generator installed on top of the tower. Commonly, there… 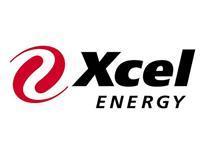 In the next two years, NCAR scientists and engineers will develop custom forecasting systems to enable Xcel Energy control centers in Minneapolis, Denver, Golden, Colo., and Amarillo, Tex., to anticipate sudden changes in wind, shut down turbines ahead of potentially damaging icing events and even predict the amount of energy generated by private solar panels.

Forecasting major changes in wind energy over a few hours due to a passing front or another atmospheric event.Forecasting ice and extreme temperatures to predict the impacts of freezing rain on wind turbines, which cannot operate when coated in ice.Generating solar forecasts using a combination of computer models and specialized cloud observing tools to help Xcel Energy better anticipate when customers are getting power from their own panels.<