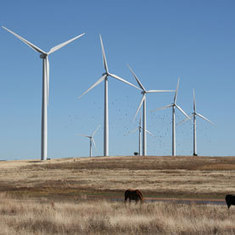 >Borrowing a page from environmentalists

To that end, some wind power advocates argued that the industry should borrow a page from the environmental movement by challenging renewable energy naysayers head on and ratcheting up its rhetoric on wind energy’s environmental benefits relative to fossil fuels rather than seeking to peacefully coexist alongside the oil, coal and gas sectors.

Larry Schweiger, president of the National Wildlife Federation and one of several high-profile environmental leaders addressing the Chicago conference, told AWEA members that they represent “an insurgent industry” that is “taking on an incumbent industry that plays hardball.”

“I would urge you all to become more aggressive,” he added, “because if you don’t be more creative, more aggressive, more willing to take risks, this industry will move along at a pace that will not solve our problems.” 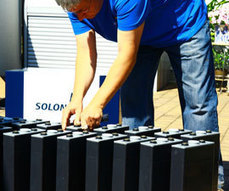 IHS Inc. (Englewood, Colorado, US) has released a new report which predicts that the market for energy storage to accompany solar photovoltaic (PV) generation will grow more than 100% annually to 7 GW in 2017, representing USD 19 billion in value.

Due to the energy storage subsidy, IHS expects Germany to play a leading role, as it did in the larger PV industry. The company predicts that 70% of installed storage in 2013 will be located in Germany.

IHS expects that if the program proves successful, other nations will pass similar subsidies. …

Market for storage with utility-scale PV as well

IHS also expects that storage will be used in larger PV systems, as connection requirements for PV become increasingly demanding. The company forecasts that utility-scale PV with storage will grow to more than 2 GW annually by 2017, led by Asia and the Americas. 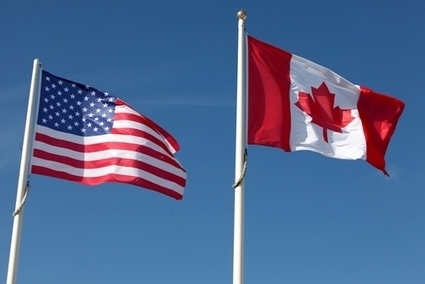 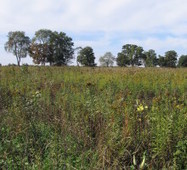 Millions of acres of marginal farmland in the Midwest — land that isn’t in good enough condition to grow crops — could be used to produce liquid fuels made from plant material, according to a study in Nature. And those biofuels could, in theory, provide about 25 percent of the advanced biofuels required by a 2007 federal law.

But some researchers in the field aren’t convinced the resource is nearly that big. Adam Liska at the University of Nebraska in Lincoln says a lot of this acreage is in the Great Plains, which wouldn’t produce a reliable crop year after year.

Indeed, Brent Erickson […] says nobody has plans just yet to use this kind of plant material to make biofuels. […]

“Every region of the country has some form of biomass — so the Northwest would have sawdust and wood waste; the California area might have rice straw or wheat straw, … Refiners in the Midwest are looking at corn cobs, and a plant that’s actually operating in Florida uses dead citrus trees.”

“As this technology progresses we’re going to see a great diversification of biomass supply,” Erickson predicts.

The 27 million acres identified in the latest study would provide less than 0.5 percent of our national energy demand, he says. And the more we try to expand biofuels, the more we risk displacing crops for food, or chopping down forests, which store a huge amount of carbon.

Searchinger says Europe has recently recognized those potential hazards and is scaling back its biofuels ambitions.

“They realize that it was a mistake, and their compromise for the moment is essentially to cap what they’re doing and then they promise by 2020 to phase out all government support for biofuels.”