To become a successful trader in markets, such as cryptocurrency trading, one has to develop strategies which will give them the greatest probability of success, or for most, a profit.

How much risk and reward is up to every trader, as well as the selection of digital assets held and quantity. There are short, medium and long term goals and various methods of achieving each one of these objectives.

One tool that is very useful for developing short term trading strategies which can return a profit to the trader, is understanding Candlestick charts.

Figure 1: Anatomy of a Candlestick (1)

Anatomy of a candlestick

For reading and developing trading strategies, understanding the mechanics of a candlestick chart can lead to opportunities in trading assets to maximize ROI (return on investment), or to determine when to buy and sell assets.

How to Read a Single Candlestick (2) 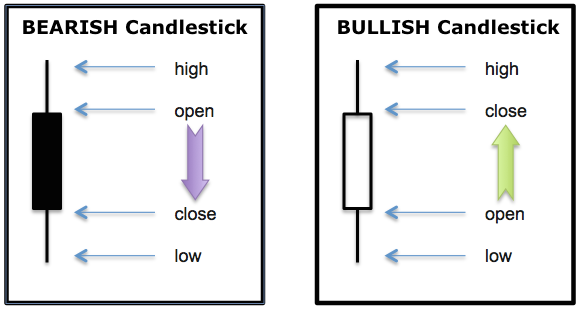 A candlestick represents the price activity of an asset during a specified timeframe through the use of four main components: the open, close, high and low.

There is much more to reading and understanding candlestick charts than is covered here. This brief has informational links to where more information on patterns and indicators, and advice on how to use these patterns to make decisions in trading.

Investors should use candlestick charts like any other technical analysis tool (i.e., to study the psychology of market participants in the context of stock trading). They provide an extra layer of analysis on top of the fundamental analysis that forms the basis for trading decisions. We looked at five of the more popular candlestick chart patterns that signal buying opportunities. They can help identify a change in trader sentiment where buyer pressure overcomes seller pressure. Such a downtrend reversal can be accompanied by a potential for long gains. That said, the patterns themselves do not guarantee that the trend will reverse. Investors should always confirm reversal by the subsequent price action before initiating a trade. (Read more in Candlestick Charting: Perfecting The Art)

In 2013 Tesla’s [time-stock symbol=TSLA] Model S won the prestigious Motor Trend Car of the Year award. Motor Trend called it “one of the quickest American four-doors ever built.” It went on to say that the electric vehicle “drives like a sports car, eager and agile and instantly responsive.”

The secret behind Tesla’s success

While the power driving Tesla’s success might be its battery, that’s not the real secret to its success. Instead, Tesla has aluminum to thank for its superior outperformance, as the metal is up to 40% lighter than steel, according to a report from the University of Aachen, Germany. That lighter weight enables Tesla to fit enough battery power into the car to extend the range of the Model S without hurting its performance. Vehicles made with aluminum accelerate faster, brake in shorter distances, and simply handle better than cars loaded down with heavier steel.

Even better, pound-for-pound aluminum can absorb twice as much crash energy as steel. This strength is one of the reasons Tesla’s Model S also achieved the highest safety rating of any car ever tested by the National Highway Traffic Safety Administration.

But it’s not all good news when it comes to aluminum and cars.

[…]  Before alumina can be converted into aluminum its source needs to be mined. That source is an ore called bauxite, which is typically extracted in open-pit mines that aren’t exactly environmentally friendly. Bauxite is then processed into the fine white powder known as alumina, and from there alumina is exposed to intense heat and electricity through a process known as smelting, which transforms the material into aluminum.

Aluminum smelting is extremely energy-intense. It takes 211 gigajoules of energy to make one tonne of aluminum, while just 22.7 gigajoules of energy is required to produce one tonne of steel. In an oversimplification of the process, aluminum smelting requires temperatures above 1,000 degrees Celsius to melt alumina, while an electric current must also pass through the molten material so that electrolysis can reduce the aluminum ions to aluminum metals. This process requires so much energy that aluminum production is responsible for about 1% of global greenhouse gas emissions, according to the Carbon Trust.

There is, however, some good news: Aluminum is 100% recyclable. Moreover, recycled aluminum, or secondary production, requires far less energy to produce than primary production, as the […] chart shows. […]”<

Copper prices will fall next year as a strengthening U.S. dollar and weaker oil prices push down marginal production costs, according to Goldman Sachs Group

Copper for delivery in three months on the London Metal Exchange fell 0.3 percent to $6,682 a ton at 12:44 p.m. in Shanghai. Prices are down 9.2 percent this year and headed for a second annual decline.

The bank said prices could fall below its estimates to average $5,600 a ton if China’s state stockpiling agency stops buying copper. The State Reserve Bureau will buy 500,000 tons of refined copper this year and 200,000 tons in 2015, supporting prices at around $6,200 to $6,300 a ton, according to the bank

The U.S. dollar’s rise will reduce marginal costs of copper mine production as 83 percent of operating costs are in local producing-country currencies, the bank said in the report. The Bloomberg Dollar Spot Index, which measures the greenback against a basket of 10 peers, is up 7.5 percent this year.

Lower energy and labor expenses, as well as the cost of equipment such as steel needed to grind copper ore and mining explosives, point to declining production costs over the next six to 12 months, the bank said. Brent crude, the global oil benchmark, has fallen 29 percent this year. 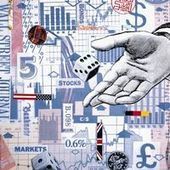