Copper prices will fall next year as a strengthening U.S. dollar and weaker oil prices push down marginal production costs, according to Goldman Sachs Group

Copper for delivery in three months on the London Metal Exchange fell 0.3 percent to $6,682 a ton at 12:44 p.m. in Shanghai. Prices are down 9.2 percent this year and headed for a second annual decline.

The bank said prices could fall below its estimates to average $5,600 a ton if China’s state stockpiling agency stops buying copper. The State Reserve Bureau will buy 500,000 tons of refined copper this year and 200,000 tons in 2015, supporting prices at around $6,200 to $6,300 a ton, according to the bank

The U.S. dollar’s rise will reduce marginal costs of copper mine production as 83 percent of operating costs are in local producing-country currencies, the bank said in the report. The Bloomberg Dollar Spot Index, which measures the greenback against a basket of 10 peers, is up 7.5 percent this year.

Lower energy and labor expenses, as well as the cost of equipment such as steel needed to grind copper ore and mining explosives, point to declining production costs over the next six to 12 months, the bank said. Brent crude, the global oil benchmark, has fallen 29 percent this year. 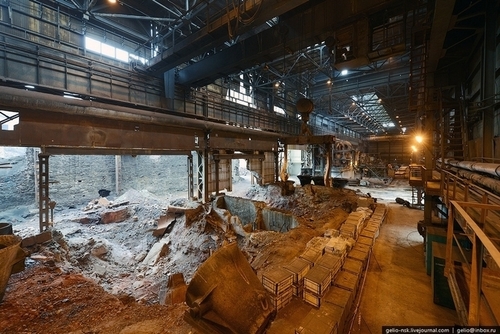 “Karabashmed” is one of the oldest copper smelting plants of the South Ural located in the city of Karabash. The main activity of the plant is making blister copper from copper concentrate with a preliminary enrichment of copper-zinc ores and also from recycled copper raw material.