The UK Top 100 firm [Ward Hadaway] has advised renewable energy company JFS & Associates on the latest in its series of joint ventures with farmers to install and build anaerobic digestion (AD) plants to generate green energy.

The plant being built at Howla Hay Farm will be capable of generating 250kWh of electricity enough to power 250 homes.

Matthew Flint, director at JFS & Associates, which is based in Stokesley, North Yorkshire, said: “It is great news to be able to announce the second in what we aim to be a whole series of these developments which provide a win-win for both parties in the joint venture.

“The farmer gets to share in the proceeds of the electricity generated opening up a new revenue stream as well as getting the benefit of the by-products of the process, such as heat and bio-fertiliser to further improve the profitability of their existing business.

“We get a readily available source of feedstock for the AD plants and, by using our expertise and experience in the renewable energy sector, we can generate and sell electricity to feed back into the National Grid.” 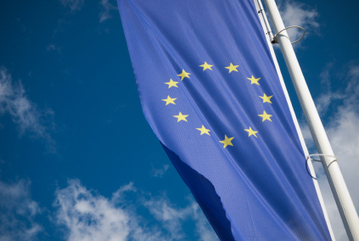 NGOs are increasingly fearful that member states’ efforts to meet the targets through an increase in the use of biofuels will have a negligible impact on greenhouse gas emissions and in some cases could lead to increased emissions as companies source biofuels made from food and energy crops that are alleged to have contributed to deforestation and food price inflation.

The EU Commission has acknowledged the risk and last year proposed a new limit on the use of biofuels made from food crops that would ensure such fuels could only count towards half of the 10 per cent target for renewable fuel use.

The proposals have encountered lobbying from some member states who have argued the binding 10 per cent goal cannot be met if limits are placed on the use of biofuels made from food crops.

But the CE Delft report argues the targets can be met through greater investment in fuel efficiency measures, waste and residue-based biofuels, and electric vehicles, alongside tighter rules to phase out the use of biofuels made from land-based food or energy crops.

Perennial biofuel crops such as miscanthus, whose high yields have led them to be considered an eventual alternative to corn in producing ethanol, are now shown to have another beneficial characteristic — the ability to reduce the escape of…

In the study, funded by the Energy Biosciences Institute, miscanthus, switchgrass, and mixed prairie species were compared against a typical corn-corn-soybean rotation. Harvested biomass and nitrogen, nitrous oxide emissions, and nitrate leaching in the mid-soil profile and through tile drainage lines were all measured.