Methane is a potent greenhouse gas with a global warming potential more than 25 times that of carbon dioxide. Climate change threatens the health and welfare of current and future generations. Children, older adults, people with heart or lung disease and people living in poverty may be most at risk from the health impacts of climate change. In addition to methane, landfills also emit other pollutants, including the air toxics benzene, toluene, ethylbenzene and vinyl chloride.

Sourced through Scoop.it from: yosemite.epa.gov

Municipal solid waste landfills receive non-hazardous wastes from homes, businesses and institutions. As landfill waste decomposes, it produces a number of air toxics, carbon dioxide, and methane. MSW landfills are the third-largest source of human-related methane emissions in the U.S., accounting for 18 percent of methane emissions in 2013 – the equivalent of approximately 100 million metric tons of carbon dioxide pollution.

Combined, the proposed rules are expected to reduce methane emissions by an estimated 487,000 tons a year beginning in 2025 – equivalent to reducing 12.2 million metric tons of carbon dioxide, or the carbon pollution emissions from more than 1.1 million homes. EPA estimates the climate benefits of the combined proposals at nearly $750 million in 2025 or nearly $14 for every dollar spent to comply. Combined costs of the proposed rules are estimated at $55 million in 2025.

Today’s proposals would strengthen a previously proposed rule for new landfills that was issued in 2014, and would update the agency’s 1996 emission guidelines for existing landfills. The proposals are based on additional data and analysis, and public comments received on a proposal and Advance Notice of Proposed Rulemaking EPA issued in 2014.

EPA will take comment on the proposed rules for 60 days after they are published in the Federal Register. The agency will hold a public hearing if one is requested within five days of publication.  “<

WASHINGTON (Reuters) – The U.S. Environmental Protection Agency will propose regulations on Tuesday aimed at cutting methane emissions from the oil and gas sector by 40 to 45 percent over the next decade

Sourced through Scoop.it from: www.huffingtonpost.com

>”WASHINGTON (Reuters) – The U.S. Environmental Protection Agency will propose regulations on Tuesday aimed at cutting methane emissions from the oil and gas sector by 40 to 45 percent over the next decade from 2012 levels, a source familiar with the issue said on Monday.

The regulations on methane are one part of the Obama administration’s strategy to curb greenhouse gases and combat climate change.

The targets in Tuesday’s proposal are in line with a January announcement by the Obama administration that it wanted to reduce oil and gas industry methane emissions by up to 45 percent from 2012 levels by 2025, the source said.

Earlier this month, President Barack Obama unveiled the final version of his plan to tackle greenhouse gases from coal-fired power plants, requiring carbon emissions from the sector be cut 32 percent from 2005 levels by 2030.

The Environmental Protection Agency is expected to propose rules requiring heavy trucks to increase their fuel economy by up to 40 percent by 2027.

Sourced through Scoop.it from: www.nytimes.com

>” […] This week, the E.P.A. is expected to propose regulations to cut greenhouse gas emissions from heavy-duty trucks, requiring that their fuel economy increase up to 40 percent by 2027, compared with levels in 2010, according to people briefed on the proposal. A tractor-trailer now averages five to six miles a gallon of diesel. The new regulations would seek to raise that average to as much as nine miles a gallon. A truck’s emissions can vary greatly, depending on how much it is carrying.

The hotly debated rules, which cover almost any truck larger than a standard pickup, are the latest in a stack of sweeping climate change policy measures on which President Obama hopes to build his environmental legacy. Already, his administration has proposed rules to cut emissions from power plants and has imposed significantly higher fuel efficiency standards on passenger vehicles.

The truck proposals could cut millions of tons of carbon dioxide pollution while saving millions of barrels of oil. Trucks now account for a quarter of all greenhouse gas emissions from vehicles in the United States, even though they make up only 4 percent of traffic, the E.P.A. says.

But the rules will also impose significant burdens on America’s trucking industry — the beating heart of the nation’s economy, hauling food, raw goods and other freight across the country.

It is expected that the new rules will add $12,000 to $14,000 to the manufacturing cost of a new tractor-trailer, although E.P.A. studies estimate that cost will be recouped after 18 months by fuel savings.

Environmental advocates say that without regulation, the contribution of American trucks to global warming will soar.

“Trucking is set to be a bad actor if we don’t do something now,” Jason Mathers, head of the Green Freight program at the Environmental Defense Fund.

But some in the trucking industry are wary.

“I’ll put it this way: We told them what we can do, but they haven’t told us what they plan to do,” said Tony Greszler, vice president for government relations for Volvo Group North America, one of the largest manufacturers of big trucks. “We have concerns with how this will play out.”

The E.P.A., along with the National Highway Traffic Safety Administration, began its initial phase of big truck fuel economy regulation in 2011, and those efforts have been widely seen within the industry as successful. But meeting the initial standards, like using more efficient tires, was not especially difficult by comparison. […]”

>” […] The law would require payment of a $79-$240 filing fee, depending on building size, by property owners every 5-10 years. On top of that, property owners will be required to undergo building energy assessments on the same cycle, conducted by registered contractors, to the tune of an estimated $200 for a single-family home and up to $10,000 for large commercial buildings.

The goal of the new law, according to the city, is to make “building energy use information more transparent to owners and prospective renters or buyers,” and ultimately inspire more investment in energy upgrades. The law would replace existing minimum energy and water efficiency measures in Berkeley. The proposed ordinance would not require that upgrades are actually done, but will compile energy scores and summaries for city properties, and make them readily available online.

Explained city sustainability coordinator Billi Romain, “Rather than require a list of specific measures, it requires an evaluation of a building’s efficiency opportunities and identifies all available incentives and financing programs.”

Romain said the hope is that, by giving people a “road map” for potential improvements, they will be more likely to schedule them to fit in with other home projects, such as seismic work. In addition to cutting down on local greenhouse gas emissions, the new ordinance has several other goals, from reducing utility costs that cause local dollars to “leak out” of Berkeley, to creating a more comfortable, durable building stock, as well as fortifying the local “green” workforce. […]

According to a city Energy Commission report on the ordinance, the assessments would take place on a five-year cycle for large buildings and every 8-10 years, or upon sale, for medium-sized and small buildings. Some of the costs may be offset by rebates and other incentives, and the program is set to include temporary “hardship deferrals” for those with financial constraints, and exemptions for high-efficiency buildings (see page 14). […]”<

>”The climate implications of the proposed Keystone XL oilsands pipeline

At a Glance Canada’s oilsands industry is growing quickly, with plans to nearly triple production from 1.8 to 5.2 million barrels a day by 2030.

To realize this substantial growth, pipelines to export markets are essential. TransCanada’s Keystone XL pipeline from the oilsands to a new market on the U.S. Gulf Coast is the most significant proposal awaiting approval. If built, Keystone XL will be a key driver for oilsands growth.

Other alternatives to ship oilsands to the west or east coast of Canada will, for the short to medium term, play a less dominant role in accelerating oilsands development.  These other proposals are smaller in pipeline capacity than Keystone XL, are in the very early stages of development, or face major public opposition. Regardless of whether other oilsands transport options move ahead, approval of Keystone XL will lead to substantial expansion of oilsands production and therefore an increase in global greenhouse gas emissions.

Filling Keystone XL with oilsands will cause a 36 per cent increase from current oilsands production, for which the higher upstream emissions alone will be equivalent to the annual emissions from 6.3 coal-fired power plants or over 4.6 million cars. This value will be higher when the additional emissions from upgrading and refining in the U.S. are considered.

In the absence of a credible plan for responsible development of the oilsands, including mitigating GHG emissions growth to a level that would allow Canada to meet its international climate commitments, the United States should not go ahead with the proposed Keystone XL pipeline. 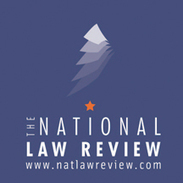 Nine companies were issued fines by the California Air Resources Board (ARB) for violating the State of California’s Mandatory Greenhouse Gas Reporting rule. The ARB adopted the reporting rule in 2007.

>The companies cited for violations were not concentrated in one industry sector.  Sources receiving fines included a refinery, a biomass generating plant, an oil and gas production company, a utility company, a lime manufacturing company, and a cement company, among others. <