Vancouver gas prices topped $1.30 per litre Tuesday, more than $0.15 higher than next most expensive city.

After dipping below a dollar per litre earlier this year, gas prices in Vancouver are now the highest in North America.

Fuel costs tipped the scales at more than $1.30 per litre Tuesday morning, nearly 16 cents per litre higher than Quebec City, the second-most expensive Canadian city for gas, according to GasBuddy.com.

Since then, a shortage of gasoline coupled with higher demand has contributed to the spike.

CTV News spoke with some Vancouver drivers who say they’re exhausted from the up-and-down costs.

Josh Sharber, who uses his truck for work, said it now costs him around $130 to fill up his tank.

“I basically work two days a week just to keep my truck running,” he said. “It’s pretty much all you can do. No gas, can’t get to work.”

Elsewhere in the Lower Mainland Tuesday, gas prices in Abbotsford topped $1.19 per litre, while Chilliwack, where prices are traditionally low, hovered around $1.21 per litre.

An eight-month study of Vancouver garden and agricultural soils has found levels of lead and other metals above the most stringent Canadian standards for human health.Samples taken from the 16 Oaks community garden averaged 219 parts per million of lead, which exceeds the standard of 70 to 140 ppm for agricultural, residential and park land set by the Canadian Council of Environment Ministers.Levels of lead — a potent neurotoxin — are five times higher than those measured at UBC Farm

>” […] “These numbers are higher than is commonly acceptable for growing vegetables and food crops.”

Oka’s findings may call into question the City of Vancouver’s enthusiasm for urban agriculture.

“You want to be conservative. According to the precautionary principle, if you aren’t sure what you are dealing with, you have a moral and ethical responsibility to go slowly,” said Lavkulich. “We aren’t saying don’t grow food, but you want to be sure what the impacts are on human health before you start advocating for urban agriculture.”

The city encourages would-be gardeners to have their soil tested and, barring that, to grow vegetables in lined boxes with clean soil rather than in the native soil, said Coun. Andrea Reimer.

“This city has a long industrial history and they didn’t always have the environmental standards that we have today,” she said. […]”< 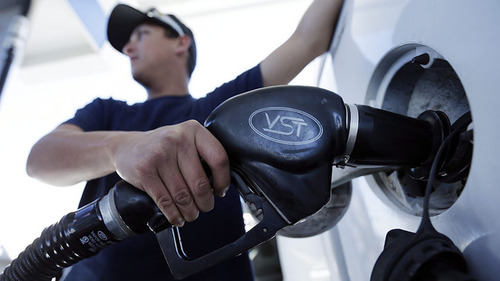 The Canadian Taxpayers Federation is raising concerns about the level of taxes on gasoline and diesel fuels B.C., saying drivers in Vancouver now pay the second highest taxes on fuel, after Montreal.

>In B.C. the sales tax is calculated after the motor fuel tax, carbon tax and federal excise tax are added to the price of the fuel.

Those three taxes total 42 cents tax per liter in Greater Vancouver, 34 cents in Victoria, and 31 cents across the rest of B.C. – all before the GST is added on.<

DT:  Current gas prices in Vancouver translate to $5.50/gal US and $5.25/gal US in Chilliwack.  There are no incentives in place for governments who rely on fuel consumption for revenue to seek alternative energy modes for transport.