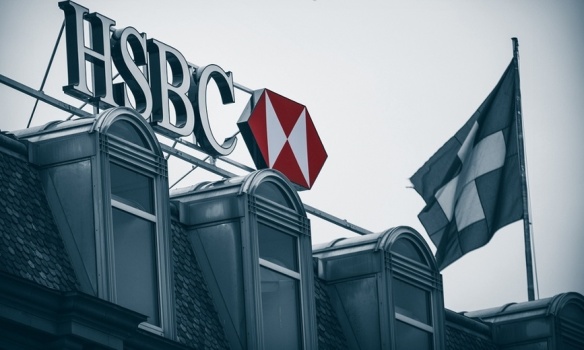 >”[…]  The Guardian’s evidence of a pattern of misconduct at HSBC in Switzerland is supported by the outcome of recent court cases in the US and Europe. The bank was named in the US as a co-conspirator for handing over “bricks” of $100,000 a time to American surgeon Andrew Silva in Geneva, so that he could illegally post cash back to the US.

Another US client, Sanjay Sethi, pleaded guilty in 2013 to cheating the US tax authorities. He was one of a group of convicted HSBC clients. The prosecution said an HSBC banker promised “the undeclared account would allow [his] assets to grow tax-free, and bank secrecy laws in Switzerland would allow Sethi to conceal the existence of the account”.

In France, an HSBC manager, Nessim el-Maleh, was able to run a cash pipeline in which plastic bags full of currency from the sale of marijuana to immigrants in the Paris suburbs were collected. The cash was then taken round to HSBC’s respectable clients in the French capital. Bank accounts back in Switzerland were manipulated to reimburse the drug dealers.

HSBC is already facing criminal investigations and charges in France, Belgium, the US and Argentina as a result of the leak of the files, but no legal action has been taken against it in Britain.

Former tax inspector Richard Brooks tells BBC Panorama in a programme to be aired on Monday night: “I think they were a tax avoidance and tax evasion service. I think that’s what they were offering.

“There are very few reasons to have an offshore bank account, apart from just saving tax. There are some people who can use an … account to avoid tax legally. For others it’s just a way to keep money secret.”

The Labour party said: “Tax avoidance and evasion harms every taxpayer in Britain, and undermines public services like the NHS. What is truly shocking is that HMRC were made fully aware of these practices back in 2010 but since then very little has been done.””<