Skip to primary content
Skip to secondary content
Water scarcity is becoming a greater problem in our world as human demands for water increases due to population growth, industry, agriculture, and energy production. When the water supply is being pushed beyond its natural limits disaster may occur.  For California residents the end of the drought is good news.  Return of wet weather raises reservoir levels and effectively prevents wildfires.  However, another drought could be around the corner in years to come.  Thus government and water users need to remain vigilant and continue to seek ways to conserve and reduce water use.

Gov. Jerry Brown declared an end to California’s historic drought Friday, lifting emergency orders that had forced residents to stop running sprinklers as often and encouraged them to rip out thirsty lawns during the state’s driest four-year period on record.

The drought strained native fish that migrate up rivers and forced farmers in the nation’s leading agricultural state to rely heavily on groundwater, with some tearing out orchards. It also dried up wells, forcing hundreds of families in rural areas to drink bottled water and bathe from buckets.

Brown declared the drought emergency in 2014, and officials later ordered mandatory conservation for the first time in state history. Regulators last year relaxed the rules after a rainfall was close to normal.

“This drought emergency is over, but the next drought could be around the corner,” Brown said in a statement. “Conservation must remain a way of life.” (2)

Safari and other dinotefuran insecticides have been banned by the Oregon Department of Agriculture while the state agency investigates the deaths of an estimated 50,000 insects in Wilsonville and Hillsboro.

The European Union issued a temporarily ban earlier this year on three other nitro-group neonicotinoids, which goes into effect this December.

The Washington state Department of Agriculture decided against banning the ornamental use of neonicotinoids earlier this month. Instead, the Washington department will “urge the U.S. Environmental Protection Agency to consider whether additional use restrictions are needed when the products are applied to ornamental plants.” […]< 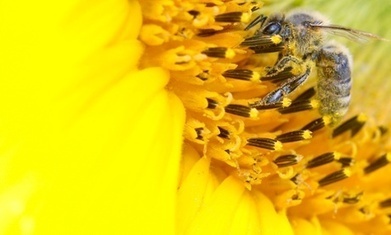