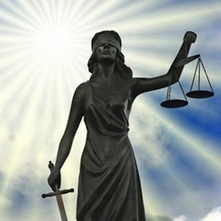 The Fox Business example is not a singular incident. Some mainstream media around the world have a tendency to publish misinformed or, worse, systematically and falsely negative stories about renewable energy. Some of those stories’ misinformation looks innocent, due to careless reporting, sloppy fact checking, and perpetuation of old myths. But other coverage walks, or crosses, the dangerous line of a disinformation campaign—a persistent pattern of coverage meant to undermine renewables’ strong market reality. This has become common enough in mainstream media that some researchers have focused their attention on this balance of accurate and positive coverage vs. inaccurate and negative coverage.

Tim Holmes, researcher for the U.K.’s Public Interest Research Centre (PIRC), points out press coverage is important because it can influence not only “what people perceive and believe” but also “what politicians think they believe.” […]

The disinformation campaign about job creation is not limited to Europe. A Cato Institute article claimed that if people believe a commitment to renewables will fuel job growth “we’re in a lot of trouble.” Yet in 2012 alone, more than 110,000 new U.S. clean-energy direct jobs were created, and in 2010, the U.S. had more jobs in the “clean economy” than in the fossil-fuel industries. The Bureau of Labor Statistics reportsthat direct employment in May 2012 totaled 181,580 for oil and gas extraction, 87,520 for coal mining, and 93,200 for iron and steel production. BLS doesn’t similarly classify solar or wind jobs, but reputable analysts have determined from bottom-up industry surveys that in September 2012, for example, the U.S. had 119,016 direct solar jobs (89 percent full-time, the rest at least half-time), up 27 percent in two years—more than in steel-making or coal-mining. Had you heard that before? Why not?

THE COST OF DISINFORMATION

The sad truth is that the debate on clean and renewable energy is unbalanced, and seldom by accident. The CCGroup’s study showed that only 10 percent of articles focusing on renewables even contained comment from a spokesperson from the renewable energy industry. This violates basic journalistic standards. Renewables must be a part of their own conversation. Much of the conversation on renewables is misinformed and misrepresented. And when bad news does happen, says ACORE president and retired U.S. Navy Vice Admiral Dennis McGinn, opponents of renewables are pushing it “as if it’s the only news. They are dominating the conversation through misrepresentation, exaggeration, distraction, and millions of dollars in lobbying and advertising.”<