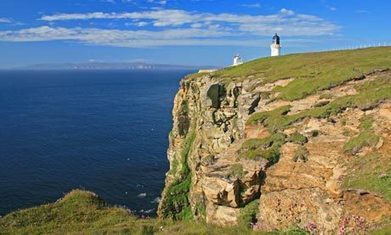 Tidal streams could bring large amounts of energy within a decade if government support is available, study says

>The world’s best site for tidal power, the Pentland firth, could provide half of Scotland’s electricity, according to the first robust estimate of its potential. The tidal streams, which surge through the firth at five metres per second, could bring large amounts of renewable energy in reach within a decade if enough government support is available, said the Oxford University engineer behind the new study.

From Anglesey to the Severn estuary to Portland Bill, the UK has the greatest potential for generating predictable, clean energy from tidal channels. Turbines are already operating at Strangford Loch in Northern Ireland and prototypes are being tested in the Menai Straits off Anglesey.

But the Pentland firth is the greatest resource. “It is almost certainly the best site for tidal stream power in the world,” said Thomas Adcock, at Oxford University, who led the new work published in the journal Proceedings of the Royal Society A. The water flow is rapid there because the tide shifting from the Atlantic into the North Sea is forced through a narrow eight-mile channel.<