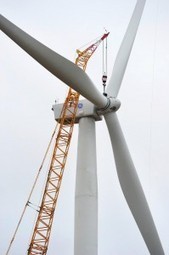 General Electric recently announced it had started testing the prototype of what it calls the world’s most efficient high-output wind turbine. The new 2.5-120 is being tested in Wieringermeer, Netherlands.