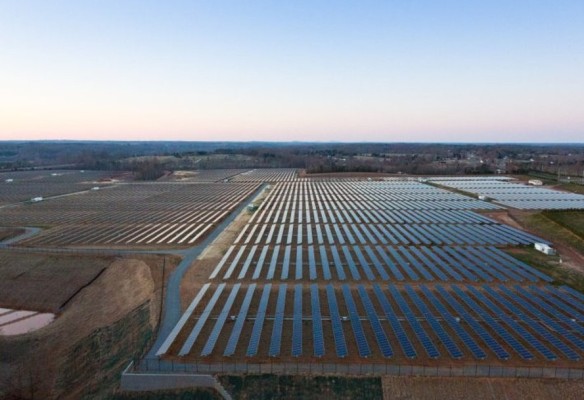 “Apple has created a subsidiary to sell the excess electricity generated by its hundreds of megawatts of solar projects. The company, called Apple Energy LLC, filed a request with the Federal Energy Regulatory Commission to sell power on wholesale markets across the US.

The company has announced plans for 521 megawatts of solar projects globally. It’s using that clean energy to power all of its data centers, as well as most of its Apple Stores and corporate offices. In addition, it has other investments in hydroelectric, biogas, and geothermal power, and looks to purchase green energy off the grid when it can’t generate its own power. In all, Apple says it generates enough electricity to cover 93 percent of its energy usage worldwide.

But it’s possible that Apple is building power generation capacity that exceeds its needs in anticipation of future growth. In the meantime, selling off the excess helps recoup costs by selling to power companies at wholesale rates, which then gets sold onward to end customers.

It’s unlikely that Apple, which generated more than $233 billion in revenue in fiscal 2015, will turn power generation into a meaningful revenue stream — but it might as well get something out of the investment. The company issued $1.5 billion in green bonds earlier this year to finance its clean energy projects.” (2)