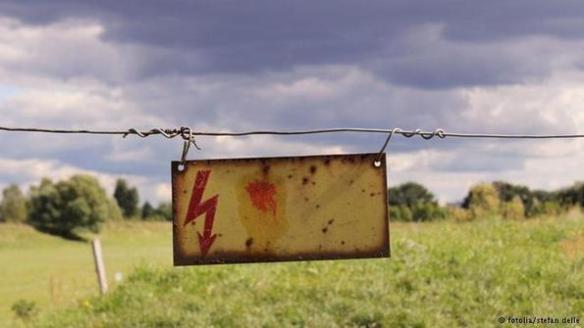 Germany’s energy giants are lumbering behind the rapid advance of renewable energy. They might stay afloat for a while, but they don’t seem flexible enough to achieve a turnaround, says DW’s Henrik Böhme.

>” […]  Decentralization is the buzzword. And the power required elsewhere, say, for street lights, electric motors, or the bakery nearby will be largely generated through renewables. Even large industrial compounds will be in a position to generate enough electricity for their own needs.

Nuclear power stations will all have been switched off by then, with only a few coal-fired or gas-fired plants still in operation. One way or another, Germany’s power landscape is bound to undergo dramatic changes.

That’s been obvious for a couple of years now. But the German utilities’ age-old business models don’t seem to be working anymore. All they know is big and heavy – they’re used to nuclear and coal power stations guaranteeing billions in profit, year-in year-out, and they seemed to secure their earnings without any trouble. And then they grew fat and began making mistakes.  […]

Then came the Fukushima nuclear disaster four years ago, leading to the German government’s decision to phase out nuclear energy completely by 2022. That dealt a severe blow to Eon, RWE and co. which hadn’t really understood the thrust of the country’s energy transition anyway.

The utilities in question are now frantically trying to rescue what they still can. They’re cutting away some of the fat. Costs are being cut, employees are being laid off and selected divisions are being jettisoned. The companies have rediscovered private clients by offering them networking technology.

But people don’t trust those giant, de facto monopolist firms anymore. Younger companies can do the same just as well, and often far more efficiently. Take “Next Kraftwerke”, a Cologne-based start-up. They run a virtual power station where power is collected from many smaller facilities and redistributed in the process. This is pretty close to what a future energy supply system will look like.

According to Silicon Valley researcher Peter Diamandis, 40 percent of the world’s current biggest companies will have ceased to play an important role some 10 years from now. On current performance, among those to fall will most likely be Eon, RWE and others.”<

1 thought on “Are Virtual Power Plants the Next Generation in Electrical Utilities?”