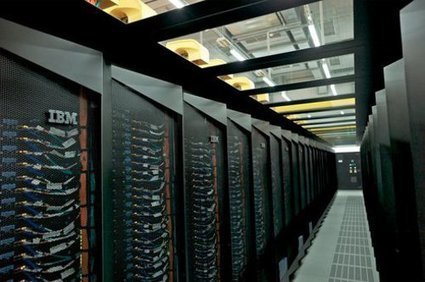 IBM, in collaboration with the Leibniz Supercomputer Center in Munich, is using hot water to its SuperMUC supercomputer. This is not new for IBM. It

>The system, called LRZ “SuperMUC”, is based on an IBM System x iDataPlex Direct Water Cooled dx360 M4 server. It is said to feature 150,000 cores and provides peak performance of up to three petaflops. In layman’s language it could be described as something equivalent of the processing power of 110,000 personal computers.

IBM claims that the technique needs 40% less energy to cool this machinery as compared to the other air-cooling systems. The heat is then used for the heating systems of the Leibniz Supercomputing Center campus. This accounts for an annual savings of $1.25 million on their heating bills.<