As gridlock continues to be a problem in the United States, exacerbated by crumbling infrastructure, the American public has reportedly approved up to $200 billion for rapid and mass transit.

According to the American Public Transportation Association (Apta), the 49 ballot measures totalling nearly $US 200bn that were voted on were the largest in history.  […]

The largest measure in the country, Los Angeles County’s Measure M, was passed with 69% approval with all precincts reporting. The sales tax increase needed a two-thirds majority to pass and is expected to raise $US 120bn over 40 years to help fund transport improvement projects, including Los Angeles County Metropolitan Transportation Authority (LACMTA) schemes to connect Los Angeles International Airport to LACMTA’s Green Line, Crenshaw/LAX line and bus services; extend the Purple Line metro to Westwood; extend the Gold Line 11.7km; extend the Crenshaw Line north to West Hollywood; and build a 6.1km downtown light rail line. The measure will also provide $US 29.9bn towards rail and bus operations, and $US 1.9bn for regional rail.

California’s other big transit wins include Measure RR in the San Francisco Bay area, which will authorise $US 3.5bn in bonds for Bay Area Rapid Transit rehabilitation and modernisation. It required a cumulative two-thirds vote in San Francisco, Alameda and Contra Costa counties for passage and received 70% approval. (1)

BART’s infrastructure requires the train cars to be extremely lightweight. To meet this requirement, most of the exterior of the new train cars will be constructed out of aluminum. Aluminum is abundant, doesn’t rust, and when properly finished, reflects heat and light, keeping the train cars cool. It is lightweight but strong, yet fairly easy to work with, reducing the energy investment during the manufacturing process. Additionally, aluminum is easily and readily recyclable, making it very low impact when the train cars are eventually retired and dismantled.  (2)

Yet, despite the public’s continued desire to see greater investment in transit, historically transit has received only a small minority of funding at the federal level. Currently, only 20 percent of available federal transportation funds are invested in transit and just 1 percent of funds are invested in biking and walking infrastructure. Meanwhile, 80 percent of federal transportation dollars continue to be spent on roads.

“While many localities recognize the need to invest in transit, biking, and pedestrian solutions that can bring our transportation system into the 21st century, federal officials remain woefully behind the curve,” said Olivieri. “While it is great to see such widespread support of transit at the local level, the need for these measures speaks volumes about how out of sync federal decision makers are with the wants and needs of the American people,” he added.

The nation currently faces an $86 billion transit maintenance repair backlog, while data from the Federal Highway Administration’s National Bridge Inventory show that despite the large discrepancy at the federal level between investment in transit and spending on roads, the nation’s road system is in similarly bad shape. To date, more than 58,000 bridges remain structurally deficient.

“Despite the fact that roads receive 80 percent of available federal transportation dollars, both transit and roads continue to face enormous repair and maintenance backlogs,” said Lauren Aragon, Transportation Fellow at U.S. PIRG. “While the overall level of funding is important, how states spend the limited federal funding they receive can have even greater consequences but states continue to funnel road funding into new and wider highway projects, leaving the existing system to crumble. We need to fix what we have already built first,” she added.  (3) 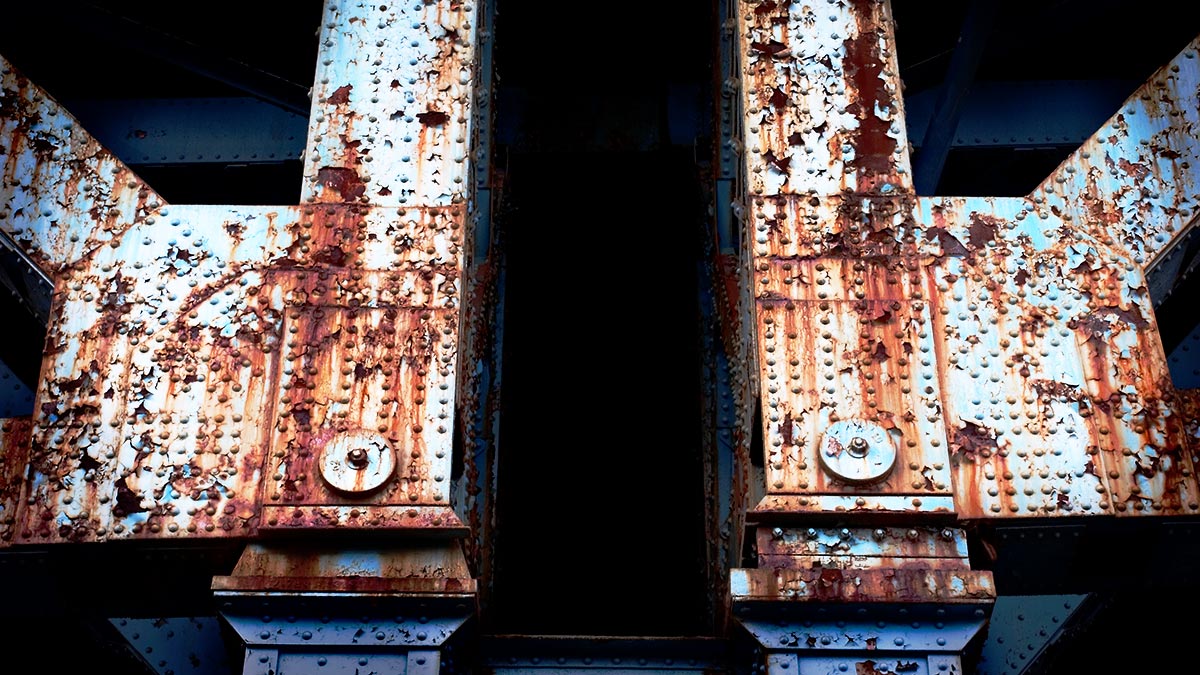 Bridges are crumbling, buses are past their prime, roads badly need repair, airports look shabby, trains can’t reach high speeds, and traffic congestion plagues every city. How could an advanced country, once the model for the world’s most modern transportation innovations, slip so badly?

The glory years were decades ago. Since then, other countries surpassed the U.S. in ease of getting around, which has implications for businesses and quality of life. For example, Japan just celebrated the 50thanniversary of its famed bullet train network, the Shinkansen. Those trains routinely operate at speeds of 150 to 200 miles per hour, and in 2012, the average deviation from schedule was a miniscule 36 seconds. Fifty years later, the U.S. doesn’t have anything like that. Amtrak’s “high-speed” Acela between Washington, D.C., and Boston can get up to full speed of 150 mph only for a short stretch in Rhode Island and Massachusetts, because it is plagued by curves in tracks laid over a century ago and aging components, such as some electric overhead wiring dating to the early 1900s.

Numerous problems plague businesses and consumers: Goods are delayed at clogged ports. Delayed or cancelled flights cost the U.S. economy an estimated $30-40 billion per year – not to mention ill will of disgruntled passengers. The average American wastes 38 hours a year stuck in traffic. This amounts to 5.5 billion hours in lost U.S. productivity annually, 2.9 gallons of wasted fuel, and a public health cost of pollution of about $15 billion per year, according to Harvard School of Public Health researchers. The average family of four spends as much as 19% of its household budget on transportation. But inequality also kicks in: the poor can’t afford cars, yet are concentrated in places without access to public transportation. To top it all, federal funding for highways, with a portion for mass transit, is about to run out.  (4)

(4)  What It Will Take to Fix America’s Crumbling Infrastructure;  https://hbr.org/2015/05/what-it-will-take-to-fix-americas-crumbling-infrastructure