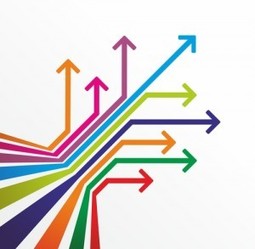 Demand response (DR) energy distribution appears to be gaining momentum in the United States and elsewhere. In the U.S., however, the DR sector is awaiting a Supreme Court decision that will have great impact on the evolution of the technology, administrative and business models.

Sourced through Scoop.it from: www.energymanagertoday.com

“[…] A lot is going on besides the Supreme Court case, however. Technology evolutions in two discreet areas are converging to make DR a hot topic. The tools necessary to determine where energy is being stored, where it is needed and when to deliver it is have developed over decades in the telecommunications sector. Secondly, the more recent rush of advanced battery research is making it possible to store energy and provide the flexibility necessary for demand response to really work. Mix that with the growing ability to generate energy on premises through solar, wind and other methods and a potent new distributed structure is created.

In October, Advanced Energy Economy (AEE) released a report entitled “Peak Demand Reduction Strategy,” which was prepared for it by Navigant Research. The research found that the upside is high. For instance, for every $1 spent on reducing peak demand, savings of $2.62 and $3.26 or more can be expected in Illinois and Massachusetts, respectively. The most progress has been made in the United States, the report found. Last year, the U.S. accounted for $1.25 billion of the total worldwide $2 billion demand response market, according to JR Tolbert, the AEE’s Senior Director of State Policy. The U.S. market, he wrote in response to questions emailed by Energy Manager Today, grew 14 percent last year compared to 2013.

The report painted a bright picture for the future of demand response. “The key takeaway from this report is that by passing peak demand reduction mandates into law, or creating peak demand reduction programs, policy makers and utilities could significantly reduce costs for ratepayers, strengthen reliability of the electricity system, and facilitate compliance with the Clean Power Plan,” Tolbert wrote. “As states plan for their energy future, demand response should be a go-to option for legislators and regulators.” […]”