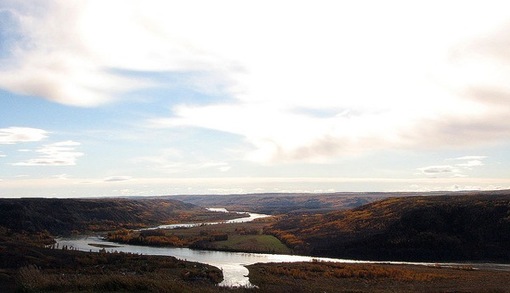 “Clark said that it’s unknown how much the project will add to BC Hydro customers’ bills, but that the cabinet reached the decision after careful analysis and much discussion.”

>” […] British Columbia plans to start construction of the $8.8-billion Site C dam on the Peace River next summer, Premier Christy Clark said today in a controversial announcement that was welcomed by some and panned by others.

“Once it is built, it is going to benefit British Columbians for generations, and that is why we have decided to go ahead with the Site C clean energy project,” Clark said at a press conference at the provincial legislature.

Clark said that it’s unknown how much the project will add to BC Hydro customers’ bills, but that the cabinet reached the decision after careful analysis and much discussion.

Site C was the most affordable, reliable and sustainable option available to meet B.C.’s growing power needs, she said. Over the next 20 years, the government is estimating that demand for energy will increase by 40 per cent as both the population and industry grows. Roughly one-third of that power is expected for residential use.

First proposed some 30 years ago, Site C will be the third of a series of dams on the Peace River and will flood an 83-kilometre long stretch of the river to generate 1,100 megawatt hours of electricity, enough to power 450,000 homes per year.

“If you accept the premise British Columbia is going to grow, then you also accept the premise we’re going to need more power,” said Clark. That power will come from a variety of sources, including the Site C dam, which will have a lifespan of 100 years, she said. […]

Impacts ‘that can’t be mitigated’: CEO

BC Hydro President and CEO Jessica McDonald said the Crown corporation has spent seven years consulting with First Nations. “We acknowledge and respect that there are impacts,” she said. “There are impacts that can’t be mitigated.”

Discussions are continuing and there are hopes they’ll reach an agreement on accommodation, she said. Courts have ruled that in certain situations it may be necessary to compensate an aboriginal group for any adverse impacts a project may have on its treaty rights. Compensation could include habitat replacement, job skills or training, or cash.

Energy and Mines Minister Bill Bennett said the project is in the long-term best interest of the province, though he acknowledged it comes at a cost to people in the Peace River valley. “There are impacts to people who live in the Northeast, and nobody is happy about that,” he said.

It’s a major project and worth building, he said. “It’s big, it’s expensive, it’s a huge project, but it’s eight per cent of the total electricity needs in the province.” […] “<