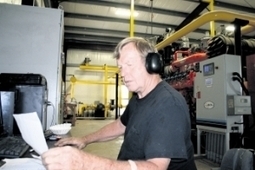 Farm Power Northwest has built five anaerobic digesters in Oregon and Washington in recent years, but the brothers who founded the company say the outlook for new projects has lost its luster.

>The Mount Vernon, Wash.-based company, founded by brothers Daryl and Kevin Maas, uses manure from dairy farms to create methane gas, then burns it in generators and sells the resulting electricity to power utilities.

That’s because new technology known as hydraulic fracturing, or fracking, has greatly increased the amount of natural gas that can be economically extracted from the ground.

With the cost of natural gas so much lower, other energy feedstocks like biogas from digesters become less competitive, experts say.<