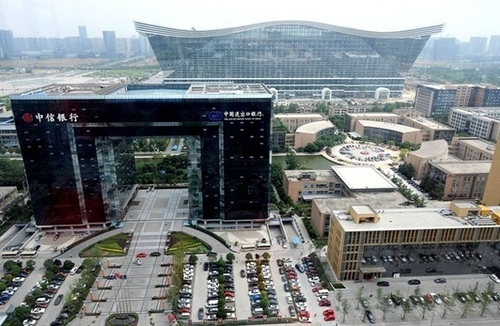 If you don’t care about authenticity, the New Century Global Center has everything you could want, including an artificial Mediterranean village. Read this article by Tim Hornyak on CNET.

While Boeing’s plant in Everett, Wash., is the world’s biggest building by volume, the Chinese mall seems to be tops in floor space. Almost the area of Monaco, its 420 acres of floor space could fit nearly three Pentagons, four Vatican Cities, or 20 Sydney Opera Houses.