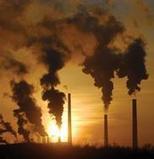 For countries to switch their electricity generation from fossil fuel to renewable sources, they’ll also have to dramatically reconfigure their electrical grids to be able to store electricity when there is oversupply, Wired.co.uk has reported.

When a wind turbine or solar panel generates power, it’s not necessarily when that electricity is needed — it could be the middle of the night, or during a holiday when lots of people are outside, the study points out.

That power needs to be stored somewhere so that it can be used, otherwise renewable energy can’t ever replace coal, oil, nuclear or similar plants that can output a reliable level of power whenever needed.

For that reliability, there are three main options: pumped hydroelectric storage (PHS), where water is pumped upwards into a reservoir where it can be released later; compressed air energy storage (CAES) where the air can be expanded again through turbines when needed; and batteries, of which there are many different types, each with their own maximum number of effective charge cycles.