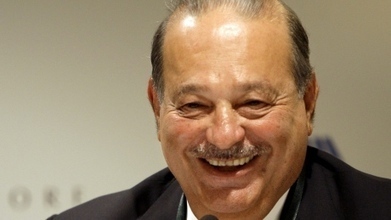 The richest 85 individuals in the world hold wealth equal to that owned by the poorest half of the planet’s population, according an Oxfam report.

>Oxfam’s report, titled Working for the Few, was published ahead of the World Economic Forum in Davos, Switzerland, and urges the group to take measures to reduce growing inequality.

“Widening inequality is creating a vicious circle where wealth and power are increasingly concentrated in the hands of a few, leaving the rest of us to fight over crumbs from the top table,” Winnie Byanyima, Oxfam’s executive director, said in a press release.  […]

Inequality seen as a threat

“This massive concentration of economic resources in the hands of fewer people presents a significant threat to inclusive political and economic systems,” the charity said. “People are increasingly separated by economic and political power, inevitably heightening social tensions and increasing the risk of societal breakdown.”

It points to inequality in India, where the number of billionaires increased tenfold in the past decade because of a regressive tax structure, and Africa, where global corporations are exploiting natural resources, while local populations are left poorer.