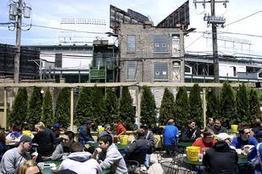 March 15 (Bloomberg) — The cost of living in the U.S. rose more than projected in February due to the biggest jump in gasoline prices in more than three years. The retreat in fuel expenses this month signals inflation will hover around the Federal Reserve’s goal. Sara Eisen reports on Bloomberg Television’s "In The Loop." (Source: Bloomberg)

Commonwealth Edison (NYSE: EIX) is pushing Illinois legislators to approve $2.6 billion in rate hikes over the next 10 years in order to expedite completion of the state’s "smart grid", which holds the promise of allowing operators to manage power distribution much more effectively and could save customers $187 million annually. — Chicago Tribune