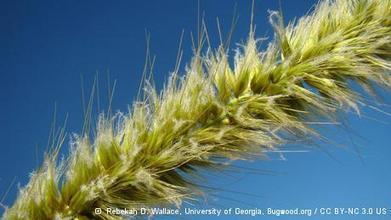 The rush around the world to plant crops used to produce biofuel has not only sparked a global food vs. fuel debate, but it’s also putting biodiversity at risk.

The grass species in question that prompted protests by US researchers are Arundo donax, known as giant reed, and Pennisetum purpureum, also called elephant grass. In their native regions in India and Africa, these grass grow at a normal pace, kept in check by equally strong plant species, and by elephants who feed on them.

Because they can grow rapidly and don’t require high-quality soil, giant reed and elephant grass are seen as ideal biofuel plants. But those very same qualities have turned the two into dangerous weeds that, under the right conditions, can spread at an uncontrollable pace and overgrow entire fields.

When it comes to genetically-altered plants, officials in Europe carefully scrutinize the environmental consequences before granting approval. The same risk analysis is needed for all other plants, too, Tim Low says. One state in Australia has banned the cultivation of the biofuel plant jatropha, for example, because it belongs to a long list of dangerous weeds.