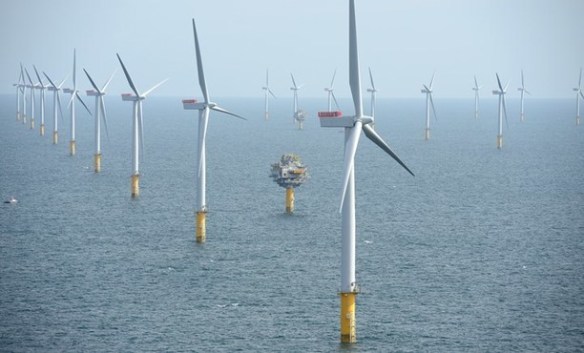 >” […] £463m of capital raised at first close, to be invested in UK offshore wind projects.Investors include UK pension funds and a sovereign wealth fund.Innovative transaction creating the world’s first dedicated offshore wind fund.This is the first fund raised by the GIB group, a first move into asset management and the first time it has managed private capital since its formation.This announcement marks the end of GIB’s financial year. It committed £723m to 22 green energy projects across the UK in 2014/15. GIB has now backed 46 UK projects with a total value of almost £7bn.

First close marks the completion of the first stage of fundraising and is triggered by the commitment of an initial group of investors.

The initial investors comprise UK-based pension funds and a major sovereign wealth fund. GIB is also investing £200m in the fund. Fundraising continues and GIBFS expects to raise additional funds from other investors to reach the £1bn target.

In addition to the £463m of fund commitments raised, an additional significant amount of investor capital is available to co-invest into projects alongside the fund.

The fund is an innovative, first-of-a-kind transaction. It is the world’s first fund dedicated to investments in offshore wind power generation and, once fully subscribed, will be the largest renewables fund in the UK. The fund has an expected life of 25 years, allowing a new class of long-term investor to enter the sector.

GIB has now transferred its investments in two operating assets into the fund, which will produce immediate cash yield for investors. They include:

These two offshore wind farms are able to produce 1,290 GWh of renewable energy annually, enough to power 305,000 UK homes. The fund also has a strong pipeline of future investment opportunities.

Evercore Private Funds Group is acting as advisor and exclusive global placement agent for the fundraise and King & Wood Mallesons is acting as legal counsel to the fund. […]”<